N.L. premier says Muskrat Falls costs are too great for optimism about benefits 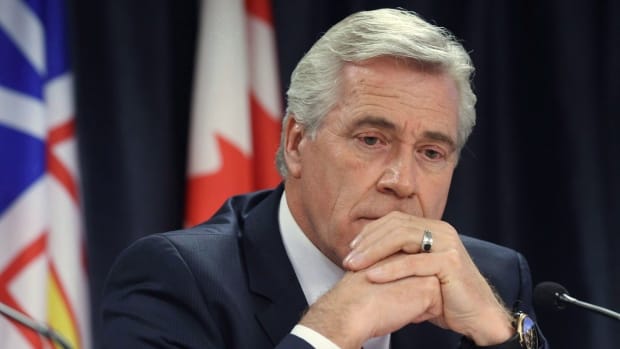 ST JOHNS - Newfoundland and Labrador's premier says the Muskrat Falls hydro megaproject is currently too much of a massive financial burden for him to be optimistic about its long-term potential.

"I am probably one of the most optimistic people in this room," Liberal Premier Dwight Ball told the inquiry into the project's runaway cost and scheduling issues.

"I believe the future is optimistic for Newfoundland Labrador, of course I do. But I'm not going to sit here today and say we have an optimistic future because of the Muskrat Falls project."

Ball, who was re-elected on May 16, has been critical of the project since he was opposition leader around the time it was sanctioned by the former Tory government.

He said Friday that despite his criticism of the Labrador dam, which has seen costs essentially double to more than $12.7 billion, he didn't set out to celebrate a failed project.

He said he still wants to see Muskrat Falls succeed someday through power sales outside the province, but there are immediate challenges -- including mitigating power-rate hikes once the dam starts providing full power.

"We were told the project would be $6.2 billion, we're at $12.7 (billion). We were never told this project would be nearly 30 per cent of the net debt of this province just six, seven years later," the premier said.

The nearly complete dam will harness Labrador's lower Churchill River to provide electricity to the province as well as Nova Scotia and potentially beyond through subsea cables.

Ball's testimony wraps up a crucial phase of hearings in the extensive public inquiry.

The inquiry has heard from dozens of witnesses, with current and former politicians, bureaucrats, executives and consultants shedding long-demanded light on what went on behind closed doors that made the project go sideways.

Some witnesses have suggested that estimates were intentionally suppressed, and many high-ranking officials, including former premiers, have denied seeing key information about risk.

On Thursday, Ball testified to his shock when he began to understand the true financial state of the project after he was elected premier in 2015.

On Friday, Ball said he has more faith in future of the offshore oil and gas industry, for example, than a mismanaged project that has put immense pressure on residents already struggling to make ends meet.

After his testimony, Ball said he takes some responsibility for a missed opportunity to mitigate methylmercury risks downstream from the dam through capping the reservoir, something he had committed to doing before it is fully flooded this summer.

Still to come is a third phase of hearings on future best practices for issues like managing large-scale projects, two public feedback sessions and closing submissions from lawyers.

The final report from the inquiry is due before Dec. 31.