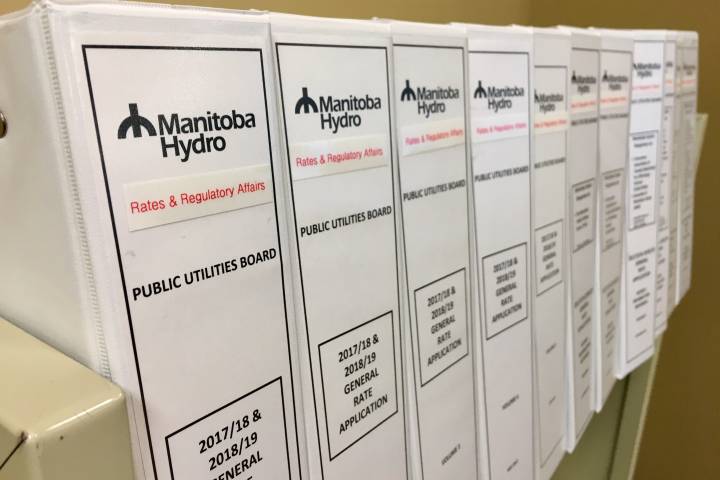 The increases would continue through 2023/2024, before dropping to what Manitoba Hydro calls “sustainable” levels.

WINNIPEG - Hearings began Monday into Manitoba Hydro’s request for consecutive annual rate hikes of 7.9 per cent.  The crown corporation is asking for the steep hikes to commence April 1, 2018.

The increases would continue through 2023/2024, before dropping to what Hydro calls “sustainable” levels.

Patti Ramage, legal counsel for Hydro, said while she understands no one welcomes the “exceptional” rate increases, the company is dealing with exceptional circumstances.

It’s the largest rate increase Hydro has ever asked for, saying rising debt and declining credit ratings are affecting its financial stability.

President and CEO Kelvin Shepherd said Hydro is borrowing money to fund its interest payments, and acknowledged that isn’t an effective business model.

Hydro’s application states that it will be spending up to 63 per cent of its revenue on paying financial expenses if the current request for rate hikes is not approved.

If it does get the increase it wants, that number could shrink to 45 per cent – which Ramage says is still quite high, but preferable to the alternative.

She cited the need to take immediate action to fix Hydro’s finances instead of simply hoping for the best.

“The worst thing we can do is defer action… that’s why we need to get this right,” Ramage said.

A number of intervenors presented varying responses to Hydro’s push for increased rates, with many focusing on how the hikes would affect Manitobans with lower incomes.

Senwung Luk spoke on behalf of the Assembly of Manitoba Chiefs, and said the proposed rates would hit First Nations reserves particularly hard.

He noted that 44.2 per cent of housing on reserves in the province needs significant improvement, which means electricity use tends to be higher to compensate for the lower quality of infrastructure.

Luk says this problem is compounded by the higher rates of poverty in Indigenous populations, with 76 per cent of children on reserves in Manitoba living below the poverty line.

If the increase goes forward, he said the AMC hopes to see a reduced rate for those living on reserves.

Byron Williams, speaking on behalf of the Consumers Coalition, said the 7.9 per cent increase unreasonably favours the interests of Hydro, and is unjustly biased against virtually everyone else.

Lawyer George Orle, speaking for the Manitoba Keewatinowi Okimakanak, said the proposed rate hikes would “make a mockery” of the sacrifices made by First Nations across the province, given that so much of Hydro’s infrastructure is on Indigenous land.

The city of Winnipeg also spoke out against the jump, saying property taxes could rise or services could be cut if the hikes go ahead to compensate for increased, unsustainable electricity costs.

A common theme at the hearing was that Hydro’s request was not backed by facts, and that it was heading towards fear-mongering.

Manitoba Hydro’s CEO begged to differ as he plead his case during the first hearing of a process that is expected to take 10 weeks.