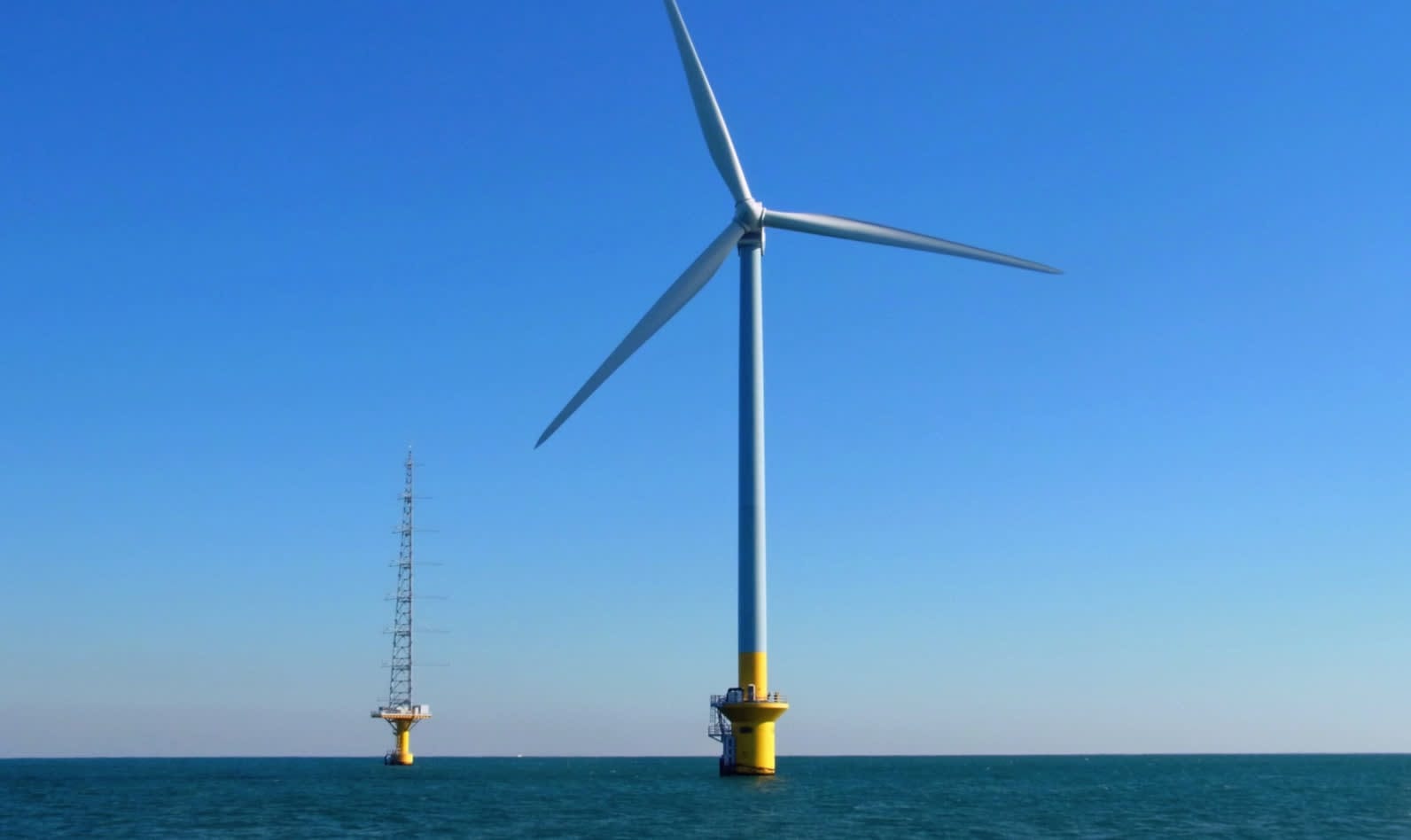 Japan has hardly any offshore wind farms in commercial operation

TOKYO - Two of Japan's biggest power companies will buy around 40% of a German-owned developer of offshore wind farms in the U.K., seeking to learn from Britain's lead in this sector and bring the know-how back home.

The deal, estimated to be worth around $900 million, will give J-Power a 25% stake and Kansai Electric a roughly 16% share. It will mark the first investment in an offshore wind project by Japanese power companies.

Innogy plans to start up the 860-megawatt Triton Knoll offshore wind project -- one of the biggest of its kind in the world -- in the North Sea in 2021. The vast installation will have up to 90 9.5MW turbines and sell its output to local utilities under a 15-year fixed-rate contract.

J-Power, which supplies mainly fossil-fuel-based electricity to Japanese regional utilities, will set up a subsidiary backed by the government-run Development Bank of Japan to participate in the Innogy project. Engineers will study firsthand construction and maintenance methods.

While land-based wind turbines are proliferating worldwide, offshore wind farms have progressed mainly in Europe. Installed capacity totaled more than 18,000MW at the end of 2017, which at maximum capacity can produce as much power as 18 nuclear reactors.

Japan has hardly any offshore wind farms in commercial operation, and has little in the way of engineering know-how in this field or infrastructure for linking such installations to the land power grid. But there are plans for a total of 4,000MW of offshore wind power capacity, including projects under feasibility studies.

J-Power set up a renewable energy division in June to look for opportunities to expand into wind and geothermal energy in Japan. Kansai Electric also seeks know-how for increasing its reliance on renewable energy, even as it hurries to restart idled nuclear reactors.

They are not the only Japanese investors is in this field. In Asia, trading house Marubeni will invest in a Taiwanese venture with plans for a 600MW offshore wind farm.