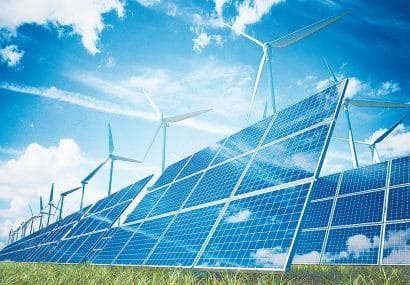 TEHRAN - Deputy Energy Minister on Renewable Energies Affairs says the U.S. sanctions have currently affected the economic, banking and forex sectors of the country as the country‘s medicine is under sanctions and it means renewable energies are also under sanctions.

He added that the ministry is doing its best that the country would become the hub in the region for rush of investors and those who want take advantage of Iran’s experience in renewables.

Satkin added that in the eastern part, the country has the biggest windy fields with capacity over 40mw. So the ministry is doing its best with full support of the private sector in equipping and investing in this field to carry out new policies.

He noted that in the past 12 years, wind potentials of the country have been under study, noting that country has three special channels in the east as one of them is north of Zabol which is very valuable in terms of energy and it has capability for construction of 2 to 3mw power station.

Satkin further said Khaf channel is the other one which has one of the most unique winds in the world and it can be developed for over 1000mw station. The windy region of Doroud is the third channel where the 50mw project has been kicked off there and it has capability for construction of some thousand-megawatt wind power station.

He added that Iran has prepared one of the most precise maps and it has even identified the border regions like with Afghanistan and perhaps in the future, Iran and Afghanistan may launch a joint project as Iran has enough expertise to offer its neighboring countries.

On signing agreement with foreign companies, Satkin said the ministry pays the sum of all contracts with domestic companies is paid in national currency rial as it is unable to pay in dollar or other currencies but Iranian companies may enjoy having foreign backings and the ministry tries to attract foreign capital.

He also pointed to exports of renewables, adding that the government has authorized export of renewable energy but it needs proper planning to be assured of electricity production in order to export it to the neighboring states whenever they need.