Hydro One Networks Inc. - Ivy, ONroute and Canadian Tire make it easy to charge your next road trip 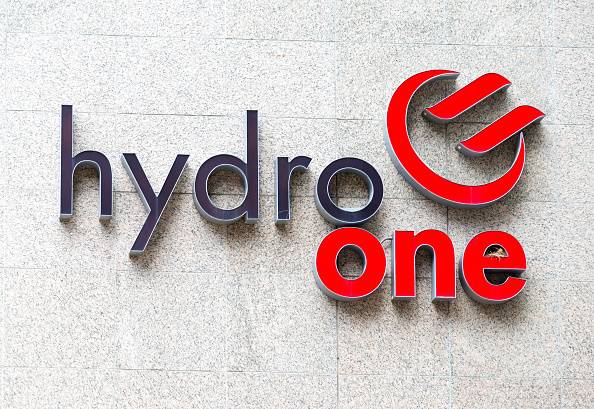 Each of Ivy's Charge & Go level 3 fast-chargers at ONroute locations will support the charging of all EV models, including charging ports for Tesla drivers.

Ivy Charging Network is installing 69 level 3 fast-chargers across all ONroute locations, with the possibility of further expansion. Each location will have between two and four chargers to serve EV drivers.

Ivy's ONroute Charge & Go locations will offer charging speeds of up-to 150 kWs, delivering up to a 100 km charge in 10 minutes.

This partnership is part of CTC's ongoing expansion of EV charging infrastructure across Canada.

Ivy Charging Network is a joint venture between Hydro One and Ontario Power Generation.

'Our partnership with ONroute, Canadian Tire and the Ontario Ministry of Transportation will end range anxiety for EV drivers travelling on the province's major highways. These new fast-charging locations will give drivers the confidence they need on their road trips, to get them where they need to go this summer,' said Michael Kitchen, General Manager, Ivy Charging Network.

'ONroute is proud to now offer EV charging stations to our customers, in partnership with Ivy and Canadian Tire. We are focused on supporting the growth of electric cars and offering this convenience for our customers as we strive to be the recharge destination for all travelers across Ontario,' said Melanie Teed-Murch, Chief Executive Officer of ONroute.

'Together with our partners, CTC is proud to announce the opening of EV fast-charging stations at four additional ONroute locations along the 400-series highways. Our network of EV charging stations is just one of the ways CTC is supporting EV drivers of today and tomorrow to make life in Canada better,' said Micheline Davies, SVP, Automotive, Canadian Tire Corporation. 'We will have approximately 140 sites across the country by the end of the year, making CTC one of the largest retail networks of EV fast charging stations in Canada.'

'We're giving Canadians cleaner transportation options to get to where they need to go by making zero-emission charging and alternative-fuels refueling infrastructure more accessible. Investments like the ones announced today in Ontario will put Canadians in the driver's seat on the road to a net-zero future and help achieve our climate goals,' said the Honourable Jonathan Wilkinson, Minister of Natural Resources.

'Ontario is putting shovels in the ground to build critical infrastructure that will boost EV ownership, support Ontario's growing EV manufacturing industry and reduce emissions,' said Todd Smith, Minister of Energy. 'With EV fast chargers now available at ten ONroute stations along our province's business highways it's even more convenient than ever for workers and families to grab a coffee or a meal while charging their car.'