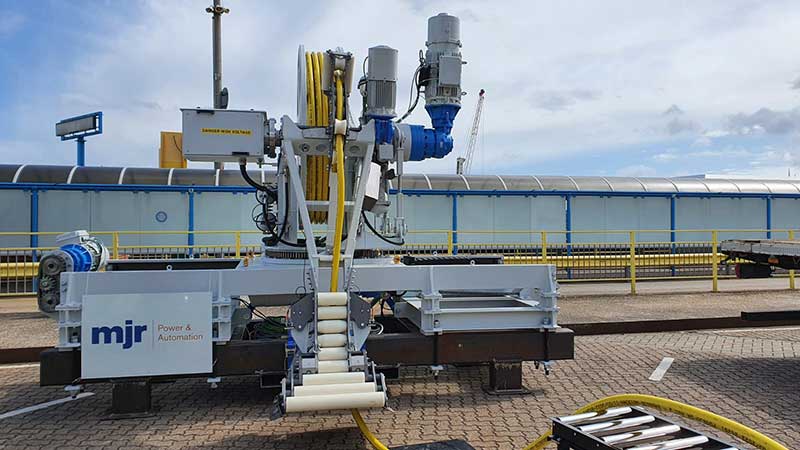 The system, developed by Teesside marine electrical engineering firm MJR Power and Automation, will be presented at the Global Offshore Wind event in Manchester (21-22 June).

“This innovation will break down the existing range barriers and increase the uptake by vessel owners and operators… to fully electric and green propulsion systems for retrofit and new-build vessels,” an announcement said.

“In combination with other field-proven technologies, the charging system will be an important part for government and offshore wind owners and operators to achieve their net zero maritime operations targets, and switch away from fossil fuels. The ability to charge when in the field will significantly accelerate adoption of current emission-free propulsion systems, which will be a major asset for the decarbonisation of the global maritime sector.”

The firm recently announced that construction and in-house testing of the system had been completed. The development project was part of the Clean Maritime Demonstration Competition, funded by the Department for Transport and delivered in partnership with Innovate UK.

MJR electrical engineer Mohammed Latif said: “Our system will be absolutely crucial in helping governments to deliver on their net zero carbon targets, and I am looking forward to demonstrating how it works and the benefits it offers.”

As part of the project, MJR Power and Automation led a consortium of partners – Ore Catapult, Xceco, Artemis Technologies and Tidal Transit – that all provided expertise.