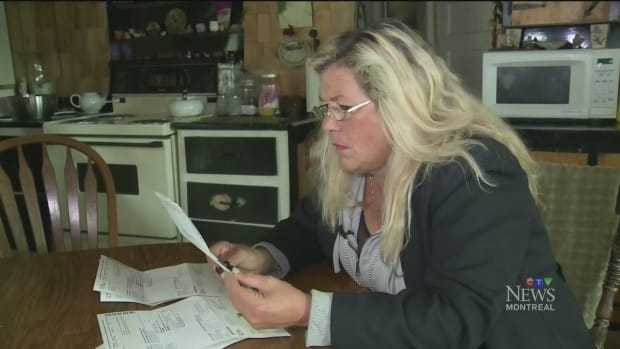 “I’m on a fixed income. I don’t have that kind of money. I’m completely distraught,”

MONTREAL - A relaxing lakefront cottage has become a powerful source of stress for an Ottawa woman who Hydro-Quebec is charging $5,300 to cover what it says are years of undercharging for electricity usage.

The utility said an old analogue power meter is to blame for years of inaccurate electricity bills for the summer getaway near Gatineau, Que.

Owner Jan Hodgins does not think she should be held responsible for the mistake, nor does she understand how her usage could have surged over the years.

“I’m very hydro conscious, because I was raised that way. When you left a room, you always turned the light out,” she told CTV Montreal on Wednesday, relating her shock after receiving some hefty bills from Hydro-Quebec on Sept. 22.

Hodgins said she mainly uses the cottage on weekends, does not heat the place when she is not there, and does not use a washer or dryer, to keep her energy footprint as small as possible. She’s owned the cottage for 14 years, during which she says her monthly bill has hovered around $40.

Hydro-Quebec said it has not had an accurate reading of her usage for several years, relying instead on consumption estimates to determine what she pays. The company recently reviewed her energy consumption back to 2014, and found their estimates were not accurate.

Hodgins said that means her regular bill will now be more than twice the $200 her neighbours are paying for hydro each month.

Hydro-Quebec said it will correct the bill if its technicians discover that someone is illegally diverting power.

Hodgins said it’s not her fault that technicians did not check her meter in person, and chose to rely on inaccurate estimates. Pouliot argues that reaching her cottage was too difficult.

“There was too much snow. There were conditions, and the consequence was that people, our workers, were not able to reach the meter,” he said.

Hydro-Quebec said it is willing to stretch out the debt into monthly payments over a year, which Hodgins said amount to $440 per month on top of her regular bill.

“I’m on a fixed income. I don’t have that kind of money. I’m completely distraught,” she said. “I don’t know what I’m going to do.”