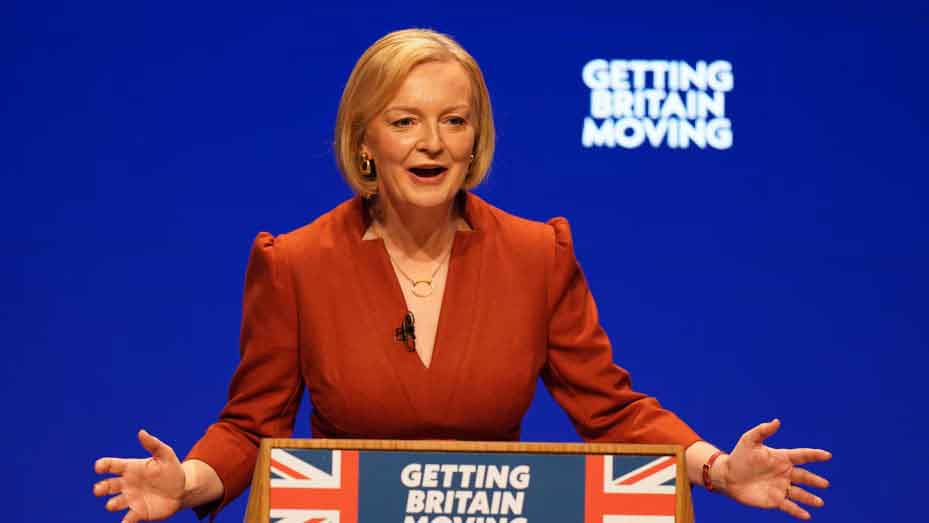 LONDON - Liz Truss’s intervention to freeze energy prices for households for two years is expected to cost the government £89bn, according to the first major costing of the policy by the sector’s leading consultancy.

The analysis from Cornwall Insight, seen exclusively by the Guardian, shows the prime minister’s plan to tackle the cost of living crisis could cost as much as £140bn in a worst-case scenario.

Truss announced in early September that the average annual bill for a typical household would be capped at £2,500 to protect consumers from the intensifying cost of living crisis and a scheduled 80% rise in the cap to £3,549.

The ultimate cost of the policy is uncertain as it is highly dependent on the wholesale cost of gas, which has soared since Russia’s invasion of Ukraine put a squeeze on already-volatile international markets. Ballpark projections had put the cost anywhere from £100bn to £150bn.

The Office for Budget Responsibility is expected to give its forecast for the bill when it provides its independent assessment of Kwasi Kwarteng’s medium-term fiscal plan, which the chancellor said on Tuesday would still happen on 23 November despite previous reports that it would be brought forward.

Cornwall Insight analysed projections of wholesale market moves to cost the intervention. In its base case scenario, analysts expect the policy to cost £89bn. That assumes the cost of supporting each household would be just over £1,000 in the first year, and about £2,000 in the second year.

The study’s authors said the wholesale price of gas would be influenced by energy demand, the severity of weather, “geo-political uncertainty” and prices for liquified natural gas as Europe seeks to refill storage facilities, which countries have rushed to fill up this winter but which could be relatively empty by next spring.

In the best-case outcome, the policy would cost £72bn, while the “extreme high” outlook would see the government shell out £140bn to protect 29m UK households.

Gas prices are expected to push even higher if the Kremlin decides to completely cut off Russian gas exports into Europe.

Cornwall Insight’s projection does not include a separate six-month initiative to cap costs for companies, charities and public sector organisations, which is forecast to cost £22bn to £48bn.

The consultancy’s chief executive, Gareth Miller, said the £70bn range in its forecasts reflected “a febrile wholesale market continuing to be beset by geopolitical instability, sensitivity to demand, weather and infrastructure resilience”.

He said: “Fortune befriends the bold, but it also favours the prepared. The large uncertainties around commodity markets over the next two years means that the government could get lucky with costs coming out at the low end of the range, but the opposite could also be true.

“In each case, the government may find itself passengers to circumstances outside its control, having made policy that is a hostage to surprises, events and volatile factors. That’s a difficult position to be in.”

Concerns over how Truss and Kwarteng intend to fund a series of measures, including the price guarantee, have spooked financial markets.

The EU said last week it planned to cap the revenues of low-carbon electricity generators at €180 a megawatt hour, which is less than half current market prices. Truss has so far resisted calls to extend a levy on North Sea oil and gas operators to electricity generators, who have benefited from a link between gas and electricity prices.

Truss hopes to strike voluntary long-term deals with generators including Centrica and EDF to bring down wholesale prices.

The Financial Times reported on Tuesday that the government has threatened companies with legislation to cap their revenues if voluntary deals cannot be agreed.