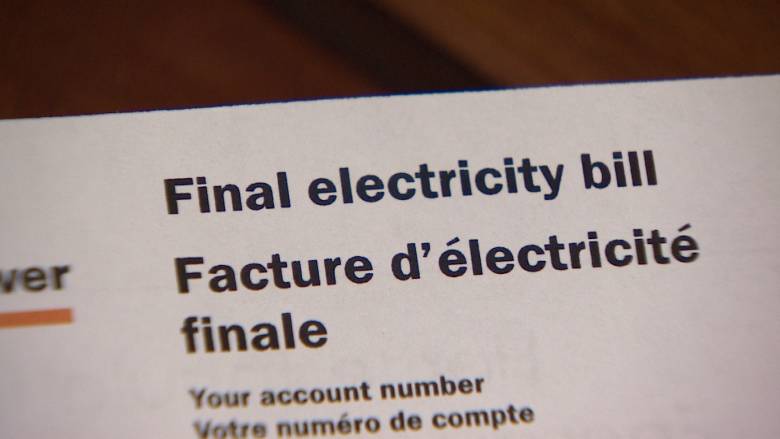 The first of May has taken on new meaning this year in Ontario.

It's when the province's ban on hydro disconnections during the winter months comes to an end.

Wendy Watson, the director of communications at Greater Sudbury Utilities, says signs of the approaching deadline could be seen in their office of the past few weeks.

"We've had quite an active stream of people into our front office to catch up on their accounts and also we've had a lot of people calling us to make payment arrangements or pay their bill or deal with their arrears," she says.

Watson says there are 590 customers in Sudbury who could face possible disconnection this spring, compared with just 60 when the ban started in November.

"They will put off until tomorrow what they can avoid today," she says.

Watson says they are hoping to work with customers to figure payment plans and avoid the need to cut power to certain homes and businesses.

Joseph Leblanc from the Social Planning Council of Sudbury says the winter hydro disconnection ban is one of several government measures that keep low income families on the brink of disaster. (CBC)

He says the company has worked hard to configure payment plans for customers over the last three years and find ways for them to pay "that fit their lifestyle."

"The threat of a disconnection is not on its own something that's going to motivate someone to pay their bills," says Pugilese.

He says Hydro One is also sending out notices this spring, but won't begin cutting anyone off until June 1st.

He says that disconnections and the amount owing from outstanding bills to Hydro One are down 60 per cent in the last year.

Ontario Energy Minister Glenn Thibeault says there is plenty of help from government programs and utility financing options for those having trouble paying their power bills. (CBC)

Sudbury MPP and Energy Minister Glenn Thibeault says his hope is that people having trouble paying their power bills will talk to their hydro utility and look at the numerous programs the government offers to help low-income citizens.

"You know, I really want every customer to have a conversation with their local utility about getting back on track and we do have those programs in place," he says.

However, Joseph Leblanc, the executive director of the Social Planning Council of Sudbury, says the winter disconnection ban is just another government policy that keeps the poor on the brink of disaster.

"It's a feel good story for the government to say that, but it's a band-aid solution. We can stop the bleeding for a little while, make sure people aren't freezing to death in Ontario," he says.

"People choose between rent, hydro, medicine, food, and there's an option for one of those to take some pressure off for a little while."

Instead, Leblanc would like to see the government fast track the province-wide implementation of the basic income program it's testing out in a few cities.