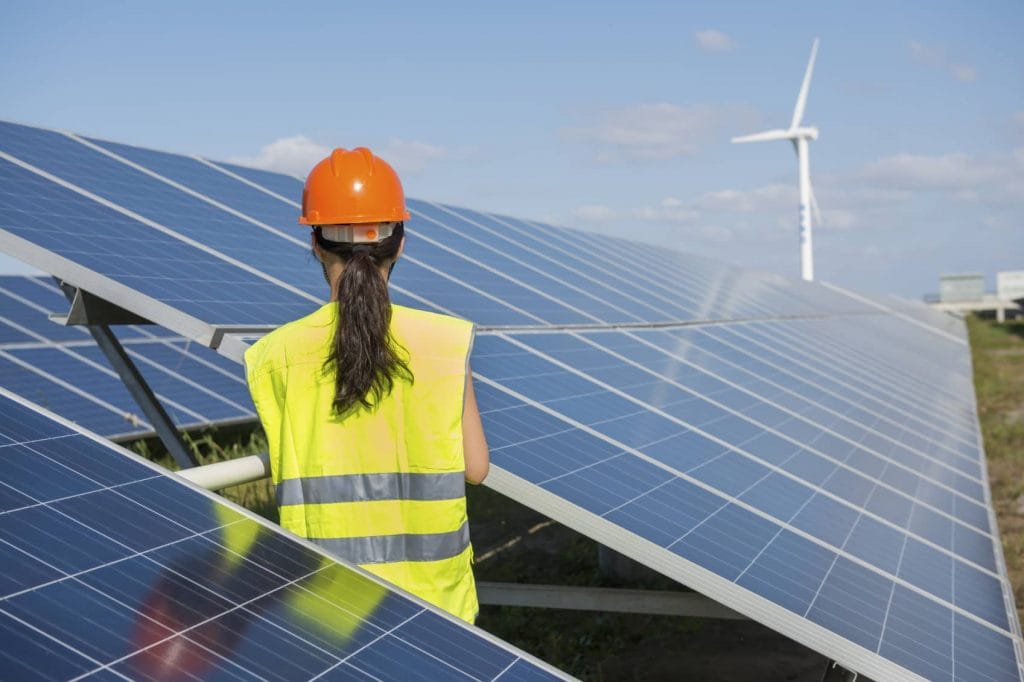 WASHINGTON - As Congress this week begins debating economic stimulus support for the energy industry, a new analysis of unemployment data shows the biggest part of America's energy economy - clean energy - lost another 27,000 jobs in May, bringing the total number of clean energy workers who have lost their jobs in the past three months to more than 620,500.

While May saw an improvement in new unemployment claims over March and April, the findings represent the sector's third straight month of significant job losses across solar, wind, energy efficiency, clean vehicles and other industries. With coronavirus cases once again rising in many states and companies beginning to run out of the Payroll Protection Program (PPP) funding that has helped small businesses keep workers employed, the report increases concerns the sector will be unable to resume its economy-leading jobs growth in the short- or long-term without a significant policy response.

Given the size and scope of the clean energy industry, such a sustained loss would cast a pall on the nation's overall economic recovery, according to the analysis of the Department of Labor's May unemployment data from E2 (Environmental Entrepreneurs), E4TheFuture and the American Council on Renewable Energy (ACORE).

Prior to COVID-19, clean energy - including energy efficiency, solar and wind generation, clean vehicles and related sectors - was among the U.S. economy's biggest and fastest-growing employment sectors, growing 10.4% since 2015 to nearly 3.4 million jobs at the end of 2019. That made clean energy by far the biggest employer of workers in all energy occupations, employing nearly three times as many people as the fossil fuel industry. For comparison, coal mining employs about 47,000 workers.

The latest monthly analysis for the groups by BW Research Partnership runs contrary to recent Bureau of Labor Statistics (BLS) reports, which indicated that a more robust economic rebound was underway while also acknowledging misclassifications and serious reporting difficulties in its own data.

"May's almost 30,000 clean energy jobs loss is sadly an improvement in the rate of jobs shed but make no mistake: There remains huge uncertainty and volatility ahead. It will be very tough for clean energy to make up these continuing job losses without support from Congress. Lawmakers must act now. If they do, we can get hundreds of thousands of these workers back on the job today and build a better, cleaner, more equitable economy for tomorrow. And who doesn't want that?"

"Most of the time, energy efficiency workers need to go inside homes, businesses and other buildings to get the job done. Since they couldn't do that during COVID lockdowns, they couldn't work. Now states are opening up. But utilities, contractors and building owners need to protect employees and occupants from possible exposure to the virus and need more clarity about potential liabilities."

"In May, we saw thousands of additional renewable energy workers join the ranks of the unemployed, further underscoring the damage COVID-19 is inflicting on our workforce. Since the pandemic began, nearly 100,000 renewable energy workers have lost their jobs. We need help from Congress to get American clean energy workers back to work. With commonsense measures like temporary refundability and a delay in the phasedown of renewable energy tax credits, Congress can help restore these good-paying jobs so the renewable sector can continue to provide the affordable, pollution-free power American consumers and businesses want and deserve."

"We understand the challenges and limitations of data collection for BLS in the middle of a global pandemic. But any suggestion that a strong employment rebound is underway in the United States simply is not reflected in the clean energy sector right now. And with PPP expiring, that only increases uncertainty in the months ahead."

The report comes as both the Senate Committee on Energy and Natural Resources and the House Energy and Commerce Committee are considering clean energy stimulus to restart the U.S. economy, and as lawmakers in both the House and Senate are increasing calls for supporting clean energy workers and businesses, including this bicameral letter signed by 57 members of Congress and another signed today by 180 House members.

According to the analysis, energy efficiency lost more jobs than any other clean energy sector for the third consecutive month in May, shedding about 18,900 jobs. These workers include electricians, HVAC technicians who work with high-efficiency systems, and manufacturing employees who make Energy Star appliances, LED lighting systems and efficient building materials.

Renewable energy, including solar and wind, lost nearly 4,300 jobs in May.

The clean fuels sector lost more than 650 jobs in May.

States and Localities Hit Across Country

California continues to be the hardest hit state in terms of total job losses, losing 4,313 jobs in May and more than 109,700 since the COVID-19 crisis began. Florida was the second hardest hit state in May, losing an additional 2,563 clean energy jobs, while Georgia, Texas, Washington, and Michigan all suffered more than 1,000 job losses across the sector. An additional 12 states saw at least 500 clean energy unemployment filings, according to the latest analysis.

For a full breakdown of clean energy job losses in each state, along with a list of the hardest hit counties and metro areas, see the full analysis here.