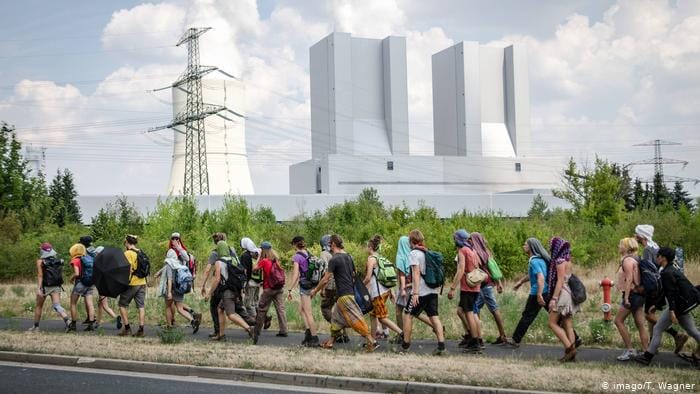 BERLIN - In Lippendorf, Saxony, the energy supplier EnBW is temporarily taking part of a coal-fired power plant offline. Not because someone ordered it — it simply wasn't paying off. Gas prices are low, CO2 prices are high, and with many hours of sunshine and wind, renewable methods are producing a great deal of electricity. And in the first half of the year there was plenty of sun and wind.

In addition to solar and wind power, renewable sources also include hydropower and biomass. Gas supplied 9.3% while the remaining 0.4% came from other sources, such as oil, according to figures published by the Fraunhofer Institute for Solar Energy Systems in July.

Electricity production from solar panels rose by 6%, natural gas by 10%, while the share of nuclear power in German electricity consumption has remained virtually unchanged.

Coal, on the other hand, declined. Black coal energy production fell by 30% compared to the first half of 2018, lignite fell by 20%. Some coal-fired power plants were even taken off the grid. It is difficult to say whether this was an effect of the current market situation or whether this is simply part of long-term planning, says Hein.

The price is determined at a European level and covers power plants and energy intensive industries in Europe. Other areas, such as heating or transport are not covered by the CO2 price scheme. Since a reform of CO2 emissions trading in 2017, the price has risen sharply. Whereas in September 2016 it was just over €5 ($5.6), by the end of June 2019 it had climbed to over €26.

Because gas prices were particularly low in the first half of 2019, some gas-fired power plants were more profitable than coal-fired plants. On June 29, 2019, the gas price at the Dutch trading point TTF was around €10 per megawatt hour. A year earlier, it had been almost €20. This is partly due to the relatively mild winter, as there is still a lot of gas in reserve, confirmed a spokesman for the Federal Association of the Energy and Water Industries (BDEW). There are also several new export terminals for liquefied natural gas. Additionally, weaker growth and trade wars are slowing demand for gas. A lot of gas comes to Europe, where prices are still comparatively high, reported the Handelsblatt newspaper.