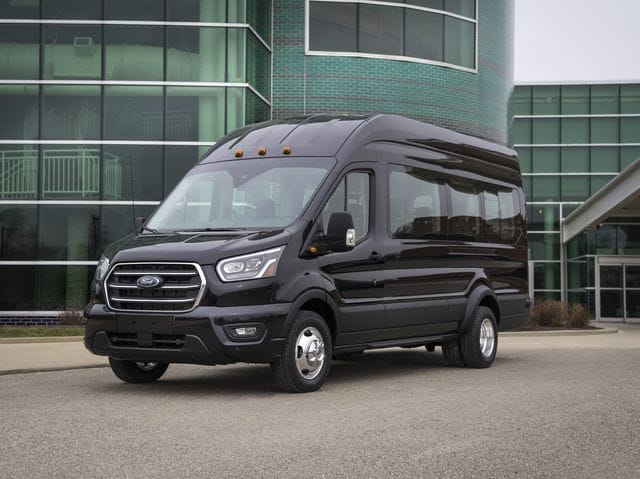 No specs or passenger version yet, but it’s coming to the US and Canada in 2021

NEW YORK - Ford is making an all-electric version of its popular Transit cargo van for the US and Canadian markets, slated to be released in 2021. The company did not share any specifics about the van’s battery pack size, estimated range, or performance characteristics. Ford previously announced an electric Transit for the European market in 2019.

The new cargo van will come equipped with a 4G LTE hotspot and will be outfitted with a number of tech features designed for fleet managers, like live GPS tracking and diagnostics. The electric Transit van will also be equipped with a number of Ford’s safety and driver assistance features, like collision warning and assist, automatic emergency braking, pedestrian detection, and automatic lane-keeping.

Ford said it didn’t have any news to share about an electric version of its Transit passenger van “at this time.”

Ford’s Transit van is the bestselling cargo van in the US, though it has seen increased competition over the last few years from Mercedes-Benz, which recently refreshed its popular Sprinter van.

Mercedes-Benz has already unveiled an electric version of the Sprinter, which comes in two configurations. There’s a version with a 55kWh battery pack that can travel 168 kilometers (104 miles) on a full charge, and has a payload capacity of 891 kilograms (1,964 pounds). Mercedes-Benz is making a version with a smaller 41kWh battery pack that goes 115 kilometers (72 miles), but which can carry up to 1,045 (2,304 pounds). Both versions come with 10.5 cubic meters (370.8 cubic feet) of storage space.

Mercedes-Benz also announced the EQV concept a year ago, which is an electric van aimed at slightly more everyday use. The company touted more promising specs with the slightly smaller EQV, saying it will get around 249 miles out of a 100kWh battery pack. Oh, and it has 200 horsepower on offer and will be equipped with the company’s MBUX infotainment system.

Another player in the space is EV startup Rivian, which will build 100,000 electric delivery vans for Amazon over the next few years. Ford has invested $500 million in Rivian, and the startup is helping build a luxury electric SUV for the automotive giant’s Lincoln brand, though the two van projects don’t seem to be related. Ford is also collaborating with Volkswagen on commercial vans after the two companies formed a global alliance early last year.