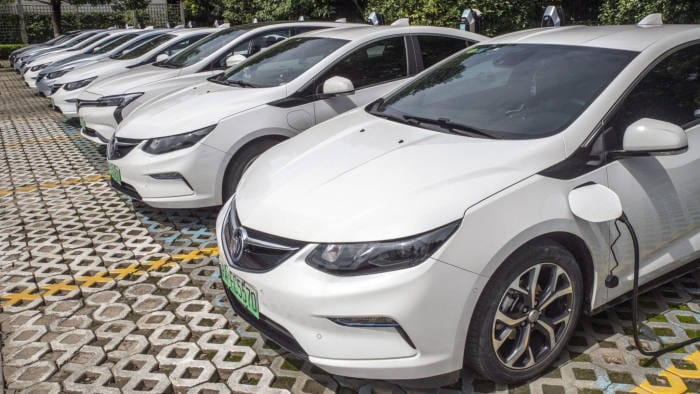 BEIJING - The global outbreak of coronavirus will accelerate efforts by western carmakers to localise supplies of lithium for electric car batteries, according to US producer Livent.

The industry was keen to diversify away from China, which produces the bulk of the world’s lithium, a critical material for lithium-ion batteries, said Paul Graves, Livent’s chief executive.

“It’s a conversation that’s starting to happen that was not happening even six months ago,” especially in the US, the former Goldman Sachs banker added.

China produced about 79 per cent of the lithium hydroxide used in electric car batteries last year, according to consultancy CRU, a supply chain that has been disrupted by the virus outbreak.

Prices for lithium hydroxide rose 3.1 per cent last month, their first increase since May 2018, according to Benchmark Mineral Intelligence, due to the impact of the Covid-19 bug.

Chinese lithium producer Ganfeng Lithium, which supplies major carmakers from Tesla to Volkswagen, said it had raised prices by less than 10 per cent, due to higher production costs and logistical difficulties.

“We can get lithium from lots of places . . . is that really something we’re prepared to rely upon?” Mr Graves said. “People are going to relook at supply chains and relook at their integrity . . . and they’re going to say is there something we need to do to change our supply chains to make them more shockproof?”

General Motors last week said it was looking to source battery minerals such as lithium and nickel from North America for its new range of electric cars that will use cells made in Ohio by South Korea’s LG Chem.

“Some of these critical minerals could be challenging to obtain; it’s not just cobalt you need to be concerned about but also battery-grade nickel and lithium as well,” said Andy Oury, a lead engineer for batteries at GM. “We’re doing all of this with an eye to sourcing as much of the raw material from North America as possible.”

However, George Heppel, an analyst at CRU, warned it would be difficult to compete with China on costs. “China is always going to be the most competitive place to buy battery raw materials. That’s not likely to change anytime soon,” he said.

Livent, which extracts lithium from brines in northern Argentina, is looking at extracting the mineral from geothermal resources in the US and also wants to build a processing plant in Europe.

The Philadelphia-based company is also working with Canadian start-up E3 Metals to extract lithium from brines from oil and gasfields in Alberta, Canada.

“We’ll look at doing more in the US and more in Europe,” said Mr Graves.