Vehicle-to-grid could be ‘capacity on wheels’ for electricity networks 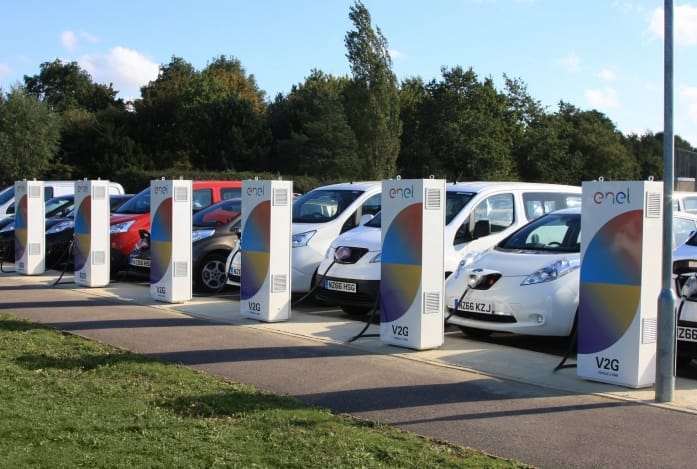 V2G bi-directional systems are still at the early stages of development and deployment. Image: Nissan.

WASHINGTON - “There are already many Gigawatt-hours of batteries on wheels”, which could be used to provide balance and flexibility to electrical grids, if the “ultimate potential” of vehicle-to-grid (V2G) technology could be harnessed.

That’s according to a panel of experts and stakeholders convened by our sister site Current±, which covers the business models and technologies inherent to the low carbon transition to decentralised and clean energy. Focusing mainly on the UK but opening up the conversation to other territories and the technologies themselves, representatives including distribution network operator (DNO) Northern Powergrid’s policy and markets director and Nissan Europe’s director of energy services debated the challenges, benefits and that aforementioned ultimate potential.

Decarbonisation of energy systems and of transport go hand-in-hand, with vehicle fuel currently responsible for more emissions than electricity used for energy elsewhere, as Ian Cameron, head of innovation at DNO UK Power Networks says in the Q&A article.

While the panel states that there will still be a place for standalone utility-scale energy storage systems, various speakers highlighted that there are over 20GWh of so-called ‘batteries on wheels’ in the US and up to 10 million EVs forecast for Britain’s roads by 2030.

“…it therefore doesn’t make sense to keep building expensive standalone battery farms when you have all this capacity on wheels that just needs to be plugged into bidirectional chargers,” Trahand said.