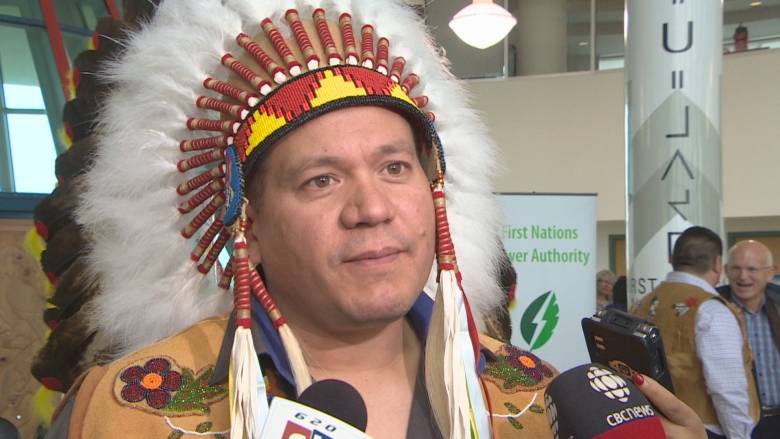 "There's still a lot of groundwork that needs to be done before we get building but you know we're a lot closer today with this signing," Jeremy Norman told reporters Friday.

Norman's community was assisted by the First Nations Power Authority (FNPA), a non-profit that helps First Nations get into the power sector.

The agreement signed Friday says SaskPower will explore the possibility of buying 20 megawatts of flare gas power from FNPA, which it will look to Flying Dust to produce.

The proposed deal would span 20 years and cost SaskPower around $300 million over those years.

The exact price would be determined once a price per metawatt is brought forward.

"We won't be able to do this ourselves," Norman said.

Flare gas power generation works by converting flares from the oil and gas sector into electricity. Under this plan, SaskPower would take the electricity provided by Flying Dust and plug it into the provincial power grid.

"This is a great opportunity as we advance our renewable strategy and try to achieve a lower carbon footprint by 2030 and beyond," Marsh said.

Norman said the business deal presents an opportunity to raise money to reinvest into the First Nation for things like more youth programming.

For the next steps, both parties will need to sign a power purchase agreement that spells out the exact prices for the power generation.

Marsh expects to do so in the next six to 12 months, with development of the required infrastructure to take place after that.