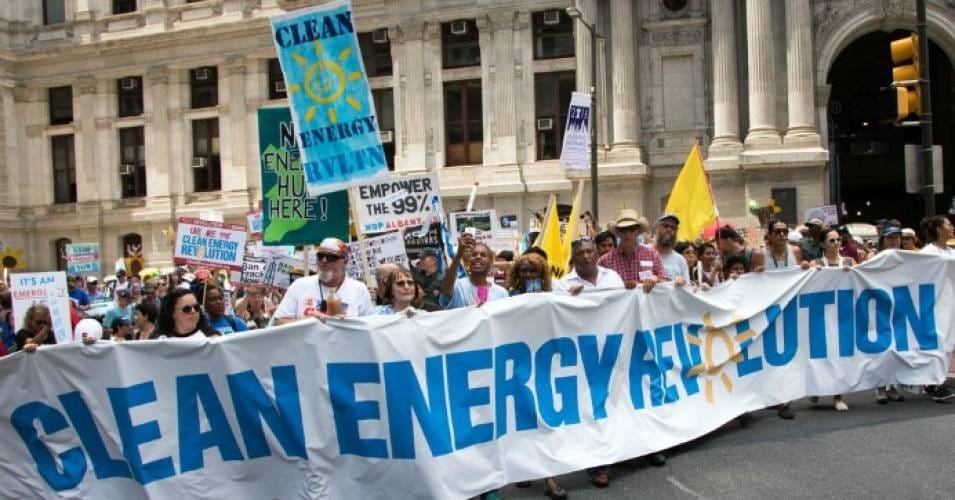 LONDON - The Center for Biological Diversity on Monday rolled out a new program to push back against the nation's community- and wildlife-harming energy system that the climate advocacy group says is based on fossil fuels and a "centralized monopoly on power."

The goal of the new effort, the Energy Justice Program, is to help forge a path towards a just and renewables-based energy future.

"Our broken energy system threatens our climate and our future," said Jean Su, the Energy Justice Program's new director, in a statement. "Utilities were given monopolies to ensure public access to electricity, but these dinosaur corporations are now hurting the public interest by blocking the clean energy transition to profit off the fossil fuel era."

"In this era of climate catastrophe," she continued, "we have to stop these outdated monopolies and usher in a new electricity future that works for people and the planet."

To meet those goals, the new program will pursue a number of avenues, including using legal action to fight utilities' obstruction of clean energy efforts, helping communities advance local solar programs, and crafting energy policies on the state, federal, and international levels.

Some of that work is already underway. In June the Center filed a brief with a federal court in a bid to block Arizona power utility Salt River Project from slapping a 60-percent electricity rate hike on rooftop solar customers—a move the group described (pdf) as an obstacle to achieving "the energy transition demanded by climate science."

The Center is among the groups in Energy Justice NC. The diverse coalition that seeks to end the energy stranglehold in North Carolina held by Duke Energy, which continues to invest in fossil fuel projects

The time for a new energy system, says the Energy Justice Program, is now.

"Amid this climate and extinction emergency," said Su, "the U.S. can't afford to stick with the same centralized, profit-driven electricity system that drove us here in the first place. We have to seize this once-in-a-generation opportunity to design a new system of accountable, equitable, truly public power."