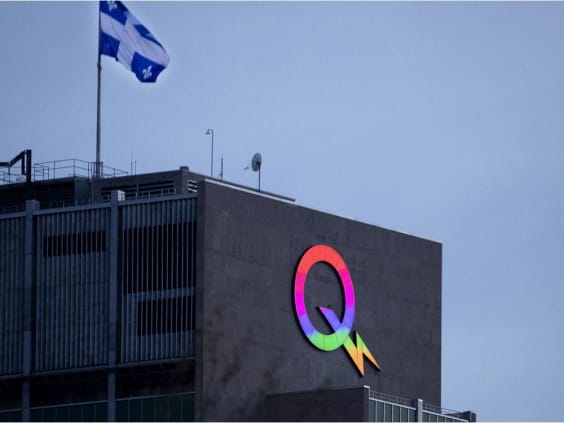 MONTREAL - COVID-19 is forcing Hydro-Québec to pull the plug on its global ambitions — for now.

Quebec’s state-owned power generator and distributor has put international mergers and acquisitions on hold for the foreseeable future because of the COVID-19 crisis, chief financial officer Jean-Hugues Lafleur said Friday.

“We’re in revision mode” as pertains to acquisitions, Lafleur told reporters on a conference call. “I don’t see how Hydro-Québec could take $5 billion now and invest it in Chile because we have an investment opportunity there. Instead, the $5 billion will be invested here to support the Quebec economy. We’re going to make sure the Quebec economy recovers the right way before we go abroad.”

Lafleur spoke after Hydro-Québec reported a 14-per-cent drop in first-quarter profit and warned full-year results will fall short of expectations as COVID-19 weighs on power demand.

Net income in the three-month period ended March 31 was $1.53 billion, down from $1.77 billion a year ago, Hydro-Québec said in a statement. Revenue fell about six per cent to $4.37 billion.

“Due to the economic downturn resulting from the current crisis, we’re anticipating lower electricity sales in all of our markets,” Lafleur said. “Consequently, the financial outlook for 2020 set out in the strategic plan 2020–2024 will be revised downward.”

It’s still too early to determine the scope of the revision, the company said in its quarterly report. Hydro-Québec was targeting net income of between $2.8 billion and $3 billion in 2020, according to its strategic plan.

The first quarter was the utility’s last under Martel, who quit to take over at jetmaker Bombardier Inc. Quebec appointed former Énergir CEO Sophie Brochu to replace him, effective April 6.

First-quarter results “weren’t significantly affected” by the pandemic, Lafleur said on a conference call with reporters. Electricity sales generated $294 million less than a year ago due primarily to milder temperatures, he said.

Results will start to reflect COVID-19’s impact in the second quarter. Electricity consumption in Quebec has fallen five per cent in the past two months, paced by an 11-per-cent plunge for commercial and institutional clients.

Industrial customers such as pulp and paper producers have also curbed power use, and it’s hard to see demand rebounding this year, Lafleur said.

“What we’ve lost since the start of the pandemic is not coming back,” he said.

Demand on export markets, meanwhile, has shrunk between six per cent and nine per cent since mid-March. The drop has been particularly steep in Ontario, reaching as much as 12 per cent, compared with declines of up to five per cent in New England and eight per cent in New York.

Spot prices in the U.S. have retreated in tandem, falling this week to as low as 1.5 U.S. cents per kilowatt-hour, Lafleur said. Hydro-Québec’s hedging strategy — which involves entering into fixed-price sales contracts about a year ahead of time — allowed the company to export power for an average of 4.9 U.S. cents per kilowatt-hour in the first quarter, compared with the 2.2 cents it would have otherwise made.

Investments will decline this year as construction activity proceeds at reduced speed, Lafleur said. Hydro-Québec was initially planning to invest about $4 billion in the province, he said.

Physical distancing measures “are having an impact on productivity,” Lafleur said. “We can’t work the way we wanted, and project costs are going to be affected. Anytime we send workers north on a plane, we need to leave an empty seat beside them.”