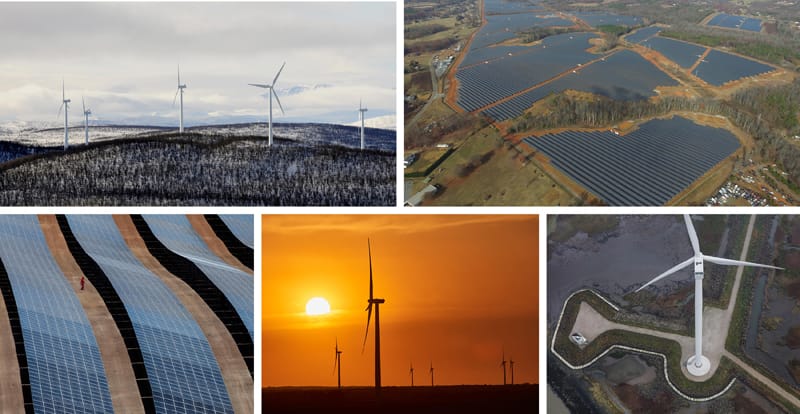 The U.K. project is a wind farm on the Kintyre Peninsula in Scotland. It will generate 168,000 megawatt hours (MWh) of clean energy each year, enough to power 46,000 U.K. homes. It will be the largest corporate wind power purchase agreement (PPA) in the U.K.

The other two are solar projects – one in Warren County, N.C, and the other in Prince George County, Va. Together, they are expected to generate 500,997 MWh of energy annually. It is Amazon’s second renewable energy project in North Carolina and eighth in Virginia.

The three new Amazon wind and solar projects – which are expected to be in operation in 2012 — will provide 265 MW of additional renewable capacity.

“In addition to the environmental benefits inherently associated with running applications in the cloud, Amazon is committed to minimizing our carbon emissions and reaching 80% renewable energy use across the company by 2024. We’ve announced eight projects this year and have more projects on the horizon – and we’re committed to investing in renewable energy as a critical step toward addressing our carbon footprint globally,” Kara Hurst, director of sustainability at Amazon, said. “With nearly 70 renewable energy projects around the globe – including 54 solar rooftops – we are making significant progress towards reaching Amazon’s company-wide commitment to reach 100% renewable energy by 2030.”

Amazon reports on its sustainability commitments, initiatives, and performance on a new web site the company recently launched. It includes information on Amazon’s carbon footprint and other metrics and updates the company’s progress towards reaching The Climate Pledge.

“It’s wonderful to see the announcement of these new projects, helping bring more clean energy to the Commonwealth of Virginia where Amazon is already recognized as a leader in bringing renewable energy projects online,” Virginia Governor Ralph Northam said. “These solar farms help reaffirm the Commonwealth’s role as a leading producer of clean energy in the U.S., helping take the nation forward in responding to climate change.”