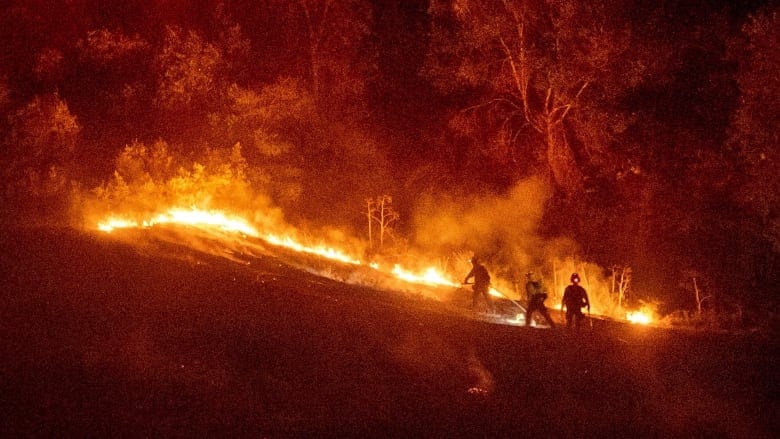 LOS ANGELES - California utility Pacific Gas and Electric Co. (PG&E) has cut off power supply to hundreds of thousands of residents in Northern and Central California as a precaution to possible breakout of wildfires.

PG&E confirmed that about 513,000 customers in many counties in Northern California, including Napa, Sierra, Sonoma and Yuba, were affected in the first phase of Public Safety Power Shutoff, a preemptive measure it took to prevent wildfires believed likely to be triggered by strong, dry winds.

The utility said the decision to shut off power was "based on forecasts of dry, hot and windy weather including potential fire risk."

PG&E noted that about 234,000 residents in mostly counties of San Francisco Bay Area such as Alameda, Alpine, Contra Costa, San Mateo and Santa Clara were impacted in the second phase of the power shutoff that began around noon in Wednesday.

The unprecedented power outages sweeping across Northern California has darkened homes and forced schools and business to close.

University of California, Berkeley canceled all classes for Wednesday due to expected campus power loss over the next few days.

The university said it has received notice from PG&E that "most of the core campus will be without power" possibly for 48 hours.

A freshman at California State University San Jose told Xinhua that their classes were canceled Wednesday as the campus was running out of power.

"I had to go home because even our dormitory went without electricity," the student added.

However, PG&E noted in an updated statement Wednesday night that only 4,000 customers would be affected in the third phase being considered for Kern County in Central California, compared to an earlier forecast of 43,000 people who would experience power outage.

The PG&E power shutoff was the largest preemptive measure ever taken to prevent wildfires in the state's history.

The San Francisco-based California utility was held responsible for poor management of its power lines that sparked fatal wildfires in Northern California and killed 86 people last year in what was called Camp Fire, the single-deadliest wildfire in California's history.

Several lawsuits and other requests for compensation from wildfire victims that amounted to billions of U.S. dollars forced the embattled the company to claim bankruptcy protection early this year.