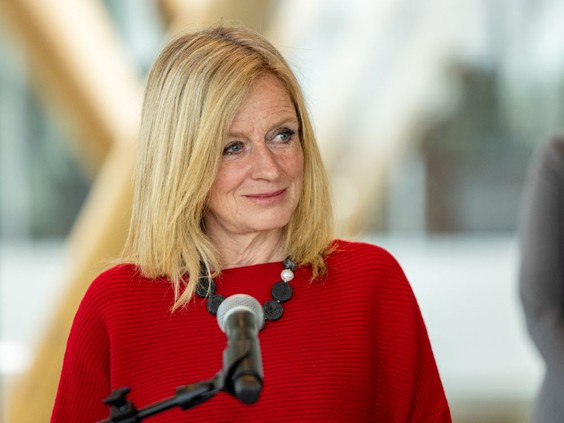 CALGARY - Ahead of the NDP’s weekend convention, Alberta’s Opposition leader has committed to transforming the province’s energy sector and moving the province’s electricity grid to net-zero by 2035 should an orange crush wash over Alberta in the next election.

NDP Leader Rachel Notley said they would achieve this as part of the path towards Canada’s 2050 net-zero emissions goal, which will help preserve and create jobs in the province.

“I think it’s an important goal. It’s a way of framing the work that we’re going to do within our energy industry and our energy sector,” said Notley. “We know the world is moving toward different objectives and we still have the ability to lead on that front, but we need to lay down the markers early and focus on reaching those goals.”

Premier Jason Kenney has previously called the 2050 target “aspirational,” but Notley said, once the work begins, it’s likely they would meet the objective earlier than proposed to reduce greenhouse gas emissions that contribute to global warming.

This is just one key issue that will be addressed at the party’s online convention, which is the first since the NDP’s defeat by the UCP in the last provincial election. Notley said other key issues will address economic diversification, economic recovery, job creation and social issues. The focus, as she puts it, is “jobs, jobs, jobs.”

Attendees will also debate more than 140 policy resolutions over the weekend, including the development of a safe supply drug policy, banning coal mining in the Rocky Mountains and providing paid sick leave for workers.

Notley said an area of growing focus for the NDP will be rural Alberta, which is typically a conservative stronghold. One panel presentation during the convention will focus on connecting and building relationships with rural Albertans and growing the NDP profile in those areas.

“We think that we have a lot to offer rural Alberta and that, quite frankly, the UCP and (Kenney), in particular, have profoundly taken rural Alberta for granted,” she said. “Because of that, we think with a renewed energy amongst our membership to go out to parts of the province where we haven’t been previously as active, and talk about what they have been subjected to in the last two years, that we have huge opportunities there.”

Delegates will be asked to support a call for high-speed internet coverage across Alberta, which would remove barriers to access in rural Alberta and Indigenous communities, said the convention guidebook.

The convention comes as the NDP has a wide lead on the UCP, according to the latest polls. A Leger online survey of 1,001 Albertans conducted between March 5 to 8 found 40 per cent of respondents support the NDP, compared to just 20 per cent for the UCP.

Notley said it’s “encouraging” to see, but they aren’t taking anything for granted.

“I’ve always believed that Alberta Democrats have to work twice as hard as anybody else in the political spectrum, or the political arena,” she said. “So what we’re going to do is continue to do exactly what we have been, not only being a strong and I would argue fearless Opposition, but also trying to match every oppositional position with something that is propositional — offering Albertans a different vision.”