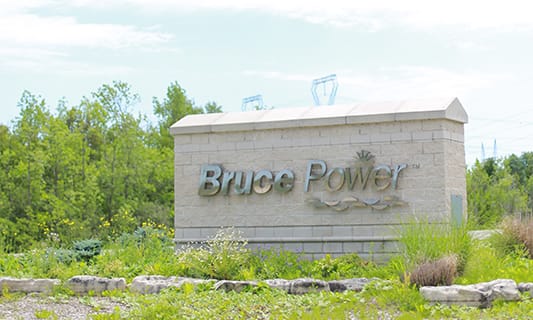 Today, Bruce Power signed $914 million in advanced manufacturing contracts for its Major Component Replacement, which gets underway in 2020 and will allow the site to provide low-cost, carbon-free electricity to Ontario through 2064.

Bruce Power’s Life-Extension Program, which started in January 2016 with Asset Management Program investments and includes the MCRs on Units 3-8, remains on time and on budget.”

By signing these contracts today, we have secured ‘Made in Ontario‘ solutions for the components we will need to successfully complete our MCR Projects, extending the life of our site to 2064,” said Mike Rencheck, Bruce Power’s President and CEO.

“Today’s announcements represent a $914 million investment in Ontario’s highly skilled workforce, which will create untold economic opportunities for the communities in which they operate for many years to come.”We look forward to growing our already excellent relationships with these supplier partners and unions as we work toward our common goal of continuing to keep Canada’s largest infrastructure project on time and on budget."

By extending the life of Bruce Power’s reactors to 2064, the company will create and sustain 22,000 jobs annually, both directly and indirectly, across Ontario, while investing $4 billion a year into the province’s economy.

At the same time, Bruce Power will produce 30 per cent of Ontario’s electricity at 30 per cent less than the average cost to generate residential power, while also producing zero carbon emissions.The Hon. Glenn Thibeault, Minister of Energy, said today’s announcement is good news for the people of Ontario.”

Bruce Power’s Life-Extension Program makes sense for Ontario, and the announcements made today will create good jobs and benefit our economy for decades to come,” Minister Thibeault said.

“Moving forward with the refurbishment project is part of our government’s plan to support care and opportunity, while producing affordable, reliable and clean energy for the people of Ontario.”Kim Rudd, Parliamentary Secretary to the Minister of Natural Resources and MP for Northumberland-Peterborough South, offered her support and congratulations.”

Canada’s nuclear industry, including its advanced manufacturing capability, is respected internationally,” Rudd said. “Bruce Power’s announcement today related to the advanced manufacturing of key components throughout Ontario as part of its Life-Extension Program will allow these suppliers to have a secure base to not only meet Canada’s needs, but export internationally.”