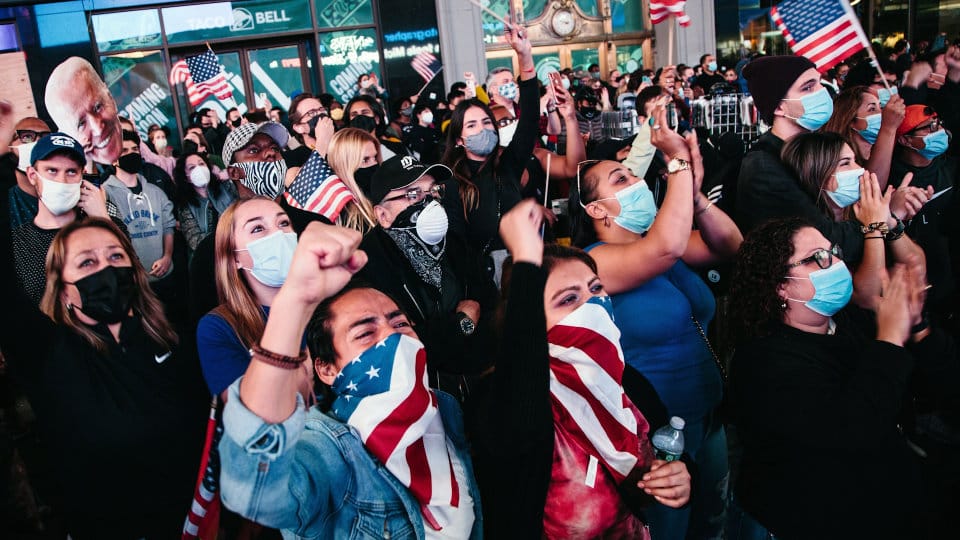 CALGARY - There is little doubt among industry associations, the Conference Board of Canada and C.D. Howe Institute that a Joe Biden White House will be better for Canadian resource and energy exporters – even Alberta’s beleaguered oil industry, despite Biden’s promise to kill the Keystone XL pipeline.

The consensus among industry observers in the lead-up to the November 3 U.S. presidential election was that a re-elected Donald Trump would become even more pugnacious on trade and protectionism, which would be bad for Canadian exporters. The Justin Trudeau government would likely come under increased pressure to lower Canadian business taxes to compete with Trump’s low-tax climate.

“A Joe Biden victory would likely lead to higher taxes for both corporations and wealthy Americans to help pay down the gigantic fiscal deficit that is currently running at plus-US$5 trillion,” the conference board concluded in a recent analysis.

On trade and tariffs, the conference board said: “Many but not all of these ongoing trade disputes would wither away under a Joe Biden administration. He would likely run a broad trade policy favouring strategic allies like Canada.

While Canadian industries like forestry and aluminum smelting benefited from strong demand and prices in the U.S. under Trump, the forced renegotiation of the North American Free Trade Agreement failed end tariffs and duties on things like softwood lumber and aluminum ingots.

The uncertainty over trade issues, and Trump’s tax cuts, which made Canada’s tax regime less competitive, have contributed to a period of low business investment in Canada during Trump's presidency.

“For Canada, we’ve seen a period, since this administration has been in power, where investment has eroded steadily,” conference board chief economist Pedro Antunes said. “We are not doing well at all, in terms of private capital investment in Canada.”

Alberta’s oil industry has been hit particularly hard, with a slew of divestments by big energy giants, and cancellations of major projects, like the $20 billion Frontier oilsands project, scrubbed by Teck Resources.

While domestic policies and global market forces are partly to blame for falling investments in Canada’s oil and gas sector, up until the pandemic hit, investment in oil and gas increased significantly in the U.S., while declining in Canada, during Trump’s first term.

Biden is also expected to level the playing field with respect to climate change policies. Canadian industries pay carbon taxes and face regulations that their counterparts in the U.S. don’t. That has disadvantaged energy-intensive, trade-exposed industries like mines and pulp mills in Canada.

“With Biden in office, Canada will once again have a partner at the federal level in the states in the transition to a decarbonized economy,” said Josha MacNab, national policy director for the Pembina Institute.

At least one observer believes that Canada’s oil and gas sector might benefit more from a Biden White House, despite Biden’s pledge to kill the Keystone XL pipeline.

“I think Joe Biden could be very good for Alberta,” Christopher Sands, director of the Wilson International Center’s Canada Institute, said in a recent discussion hosted by the C.D. Howe Institute.

Sands added that the presidential permit Biden has promised to tear up on the Keystone XL pipeline project is a construction permit, not an operating permit.

“The segment of that pipeline that crosses the U.S.-Canada border, which is the only place that the presidential permit applies, has been built,” Sands said. “So I think that’s somewhat of an empty threat.”

He added that, if Biden bans fracking on federal lands, as he has promised, and implements other restrictions that make it more costly for American oil and gas producers, it might increase the demand for Canadian oil and gas in the U.S. The demand would be highest in the U.S. Midwest, which depends largely on Marcellus Shale production, notably in Pennsylvania, and Western Canada for its oil and gas.

One of the Canadian industries directly affected by the Trump administration was aluminum smelting, which is relevant for B.C. because Rio Tinto plc’s Kitimat smelter exports aluminum to the U.S.

Jean Simard, president of the Aluminum Association of Canada, said one of Trump’s legacies was the reactivation of a little-used mechanism – Section 232 of the Trade Expansion Act – to hit Canada and other countries, notably China, with import tariffs.

The 10 per cent tariffs on aluminum cost Canadian aluminum producers US$15 million in the month of August alone, Simard said.

The Trump administration eventually exempted Canadian aluminum exports from the tariffs, then reintroduced them, and then, one week before the election, exempted them again.

These on-again, off-again tariffs create tremendous uncertainty, not just for Canadian producers, but also for U.S. buyers. That kind of uncertainty is likely to ease under a Biden presidency.

Simard said Biden’s track record suggests he is well-disposed towards Canada and less confrontational with allies and trade partners in general.

Meanwhile, softwood lumber tariffs have been imposed by Democrats and Republicans alike. But there are compelling reasons for ending the Canada-U.S. softwood lumber war.

Home renovation and repair in the United States has done surprisingly well during the pandemic.

As a result of sawmill curtailments in the U.S. due to pandemic restrictions and high demand for lumber in the U.S. housing sector, North American lumbers prices broke records this summer, soaring as high as US$900 per thousand board feet.

“It shows that there’s very strong demand for our product,” said Susan Yurkovich, president of the Council of Forest Industries.

Ultimately, the duties Canadian lumber exporters pay are passed on to U.S. consumers.

Sands said Biden’s climate action pledges could increase opportunities for trading electricity between Canada in the U.S. and could also be good for Canadian nuclear power technology.

Strong climate change policies necessarily result in an increased demand for low-carbon electricity, which Canada has in abundance, thanks to both hydro and nuclear power.

“[Biden] does share the desire to act on climate change, but unlike some of his fellow party members who are more signed on to a Green New Deal, he’s open to pragmatic solutions that might get the job done quickly and efficiently,” Sands said.