Investigation underway to determine cause of Atlanta Airport blackout 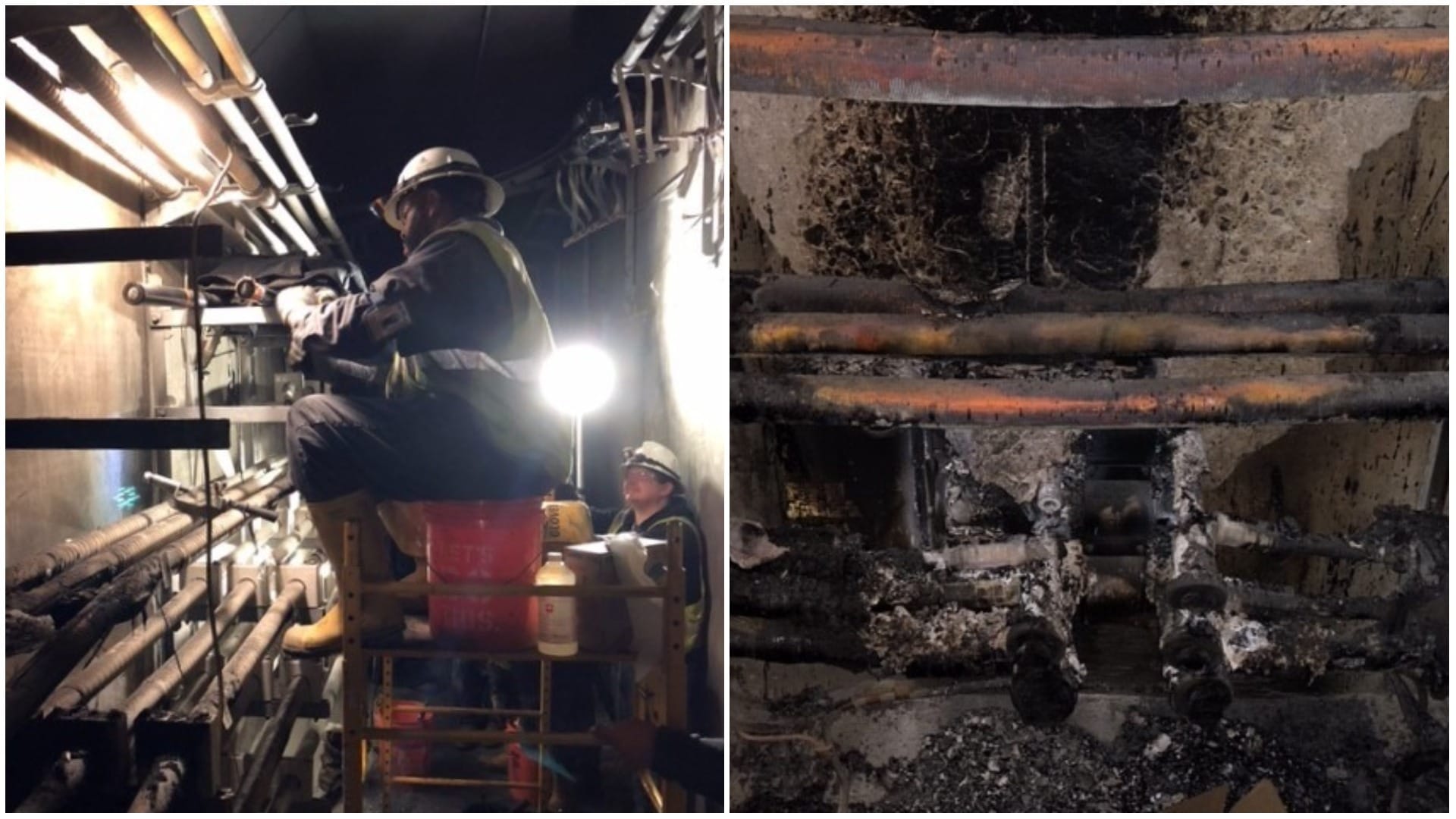 ATLANTA - Power has been restored at the world’s busiest airport after a massive outage Sunday afternoon left planes and passengers stranded for hours, forced airlines to cancel more than 1,100 flights and created a logistical nightmare during the already-busy holiday travel season.

According to Paul Bowers, the president and CEO of Georgia Power,  “From our standpoint, we apologize for the inconvenience,” he said. The utility restored power to the airport shortly before midnight.

Utility Crews are monitoring the fixes that restored power and investigating what caused the fire and why it was able to damage redundant systems. Bowers said the fire occurred in a tunnel that runs along the path of the underground Plane Train tunnel near Concourse E.

Sixteen highly trained utility personnel worked in the passageway to reconnect the network.“Our investigation is going through the process of what do we do to ensure we have the redundancy going back at the airport, because right now we are a single source feed,” Bowers said.

“We will have that complete by the end of the week, and then we will turn to what caused the failure of the switchgear.”

Though the cause isn’t yet known, he said foul play is not suspected.“There are two things that could happen,” he said.

When asked if age of the system could have been a failure, Bowers said his company conducts regular inspections.“We constantly inspect,” he said. “We inspect on an annual basis to ensure the reliability of the network, and that redundancy is protection for the airport.”Bowers said he is not familiar with any similar fire or outage at the airport.

“The issue for us is to ensure the reliability is here and that it doesn’t happen again and to ensure that our network is resilient enough to withstand any kind of fire,” he said. He added that Georgia Power will seek to determine what can be done in the future to avoid a similar event.