Beating Covid Is All About Electricity 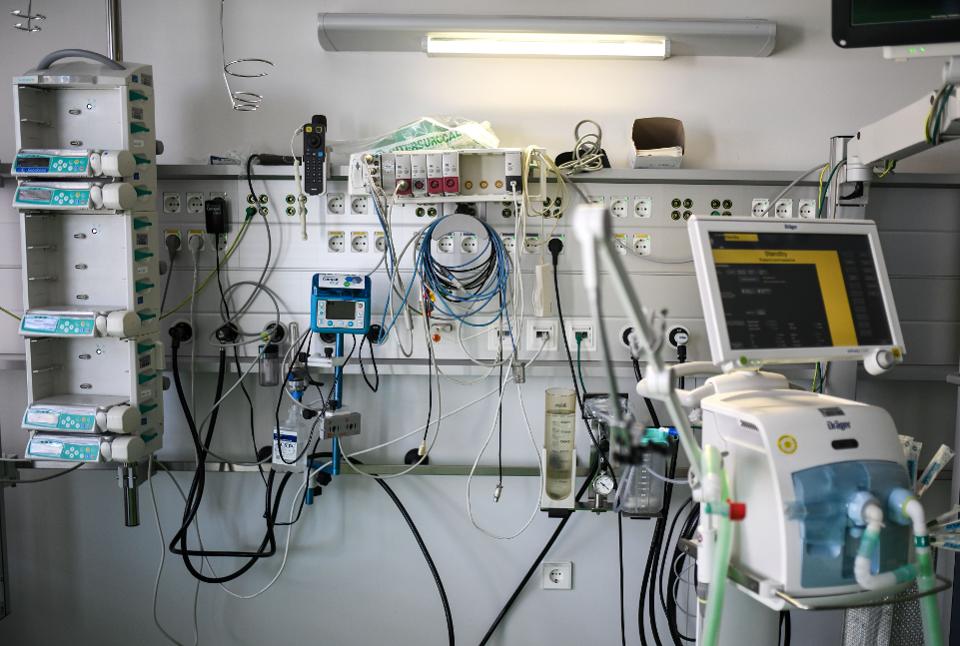 During her three-year career as a registered nurse, my friend, C., has cared for tuberculosis patients as well as ones with severe respiratory problems. She’s now caring for COVID-19 patients at a hospital in Ventura County, California. Is she scared about catching the virus? “No,” she replied during a phone call on Thursday. “I’m pretty unflappable.”

What would scare her? She quickly replied, “a power outage.” About a year ago, while working in Oregon, the hospital she was working in lost power for about 45 minutes. “It was terrifying,” she said.

C., who wasn’t authorized by her hospital to talk to the media, and thus asked me to only use the initial of her first name, said that COVID-19 patients are particularly reliant on electrical devices. She quickly ticked off the machines: “The bed, the IV machine, vital signs monitor, heart monitor, the sequential compression devices...” COVID-19 patients are hooked up to a minimum of five electrical devices, she said, and if the virus-stricken patient needs high-pressure oxygen or a ventilator, the number of electrical devices could be two or three times that number. “You name it, it plugs in,” she said.

The virus has infected some 2.2 million people around the world and killed more than 150,000,including more than 32,000 people here in the U.S. While those numbers are frightening, it is apparent that the toll would be far higher without adequate supplies of reliable electricity. Modern healthcare systems depend on electricity. Hospitals are particularly big consumers. Power demand in hospitals is about 36 watts per square meter, which is about six times higher than the electricity load in a typical American home.

Beating the coronavirus is all about electricity. Indeed, nearly every aspect of coronavirus detection, testing, and treatment requires juice. Second, it appears that the virus is more deadly in places where electricity is scarce or unreliable. Finally, if there are power outages in virus hotspots or hospitals, the damage will be even more severe.

As my nurse friend in Ventura County made clear, her ability to provide high-quality care for patients is wholly dependent on reliable electricity. The thermometers used to check for fever are powered by electricity. The monitors she uses to keep track of her patients, as well as her Vocera, the walkie-talkie that she uses to communicate with her colleagues, runs on batteries. Testing for the virus requires electricity. One virus-testing machine, Abbott Labs’ m2000, is a 655-pound appliance that, according to its specification sheet, runs on either 120 or 240 volts of electricity. The operating manual for a ventilator made by Hamilton Medical is chock full of instructions relating to electricity, including how to manage the machine’s batteries and alarms.

While it may be too soon to make a direct connection between lack of electricity and the lethality of the coronavirus, the early signs from the Navajo reservation indicate that energy poverty amplifies the danger. The sprawling reservation has about 175,000 residents, but it has a higher death toll from the virus than 13 states. About 10 percent of Navajos do not have electricity in their homes and more than 30 percent lack indoor plumbing.

The death rate from the virus on the reservation now stands at 3.4 percent, which is nearly twice the global average. In the middle of last week, the entire population of Native American tribes in the U.S. accounted for about 1,100 confirmed cases of the virus and about 44 deaths. Navajos accounted for the majority of those, with 830 confirmed cases of coronavirus and 28 deaths.

On Saturday night, the Navajo Times reported a major increase, with 1,197 positive cases of COVID-19 on the reservation and 44 deaths. Other factors may contribute to the high infection and mortality rates on the reservation, including  high rates of diabetes, obesity, and crowded residential living situations. That said, electricity and water are essential to good hygiene and health authorities say that frequent hand washing helps cut the risk of contracting the virus.

The devastation happening on Navajoland provides a window into what may happen in crowded, electricity-poor countries like India, Pakistan, and Bangladesh. It also shows what could happen if a tornado or hurricane were to wipe out the electric grid in virus hotspots like New Orleans. Sure, most American hospitals have backup generators to help assure reliable power. But those generators can fail. Further, they usually burn diesel fuel which needs to be replenished every few days.

The essential point here is that our hospitals and critical health care machines aren’t running on solar panels and batteries. Instead, they are running on grid power that’s being provided by reliable sources — coal, natural gas, hydro, and nuclear power — which together produce about 89 percent of the electricity consumed in this country. The pandemic — which is inflicting trillions of dollars of damage on our economy and tens of thousands of deaths — underscores the criticality of abundant and reliable electricity to our society and the tremendous damage that would occur if our health care infrastructure were to be hit by extended blackouts during the fight to stop COVID-19.

In a follow-up interview on Saturday with my friend, C., she told me that while caring for patients, she and her colleagues “are entirely dependent on electricity. We take it for granted. It’s a hidden assumption in our work.” She quickly added she and her fellow nurses “aren’t trained or equipped to deal with circumstances that would come with shoddy power. If we lost power completely, people will die.”