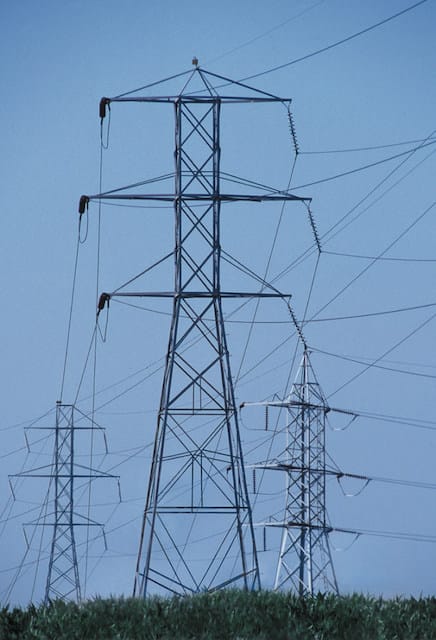 CALGARY - Last week, Alberta’s new Energy Minister Sonya Savage announced the government would be scrapping plans to shift Alberta’s electricity to a capacity market and would instead be “restoring certainty in the electricity system.”

The proposed transition from energy only to a capacity market is a contentious subject that many Albertans probably don’t know much about. Our electricity market is not a particularly glamorous subject. It’s complicated and confusing and what matters most to ordinary Albertans is how it affects their monthly bills.

What they may not realize is that the cost of their actual electricity used is often just a small fraction of their bill. The majority on an average electricity bill is actually the cost of delivering that electricity from the generator to your house. Charges for transmission, distribution and franchise and administration fees are quickly pushing many Alberta households to the limit with soaring bills.

According to data from Alberta’s Utilities Consumer Advocate (UCA) in 2004 the average monthly transmission costs for residential regulated-rate customers was below $2. In 2018 that cost was averaging nearly $27 a month. The increase is equally dramatic in distribution rates which have more than doubled across the province and range wildly, averaging from as low as $10 a month in 2004 to over $80 a month for some residential regulated-rate customers in 2018.

Where you live determines who delivers your electricity. In Alberta’s biggest cities and a handful of others the distribution systems are municipally owned and operated. Outside those select municipalities most of Alberta’s electricity is delivered by two private companies which operate as a regulated duopoly. In fact, two investor-owned utilities deliver power to over 95 per cent of rural Alberta and they continue to increase their share by purchasing the few rural electricity co-ops that remained their only competition in the market. The cost of buying out their competition is then passed on to the customers, driving rates even higher.

As the CEO of Alberta’s largest remaining electricity co-op, I know very well that as the price of materials, equipment and skilled labour increase, the cost of operating follows. If it costs more to build and maintain an electricity distribution system there will inevitably be a cost increase passed on to the consumer. The question Albertans should be asking is how much is too much and where is all that money going with these private- investor-owned utilities?

The reforms to Alberta’s electricity system brought in by Premier Klein in the late 1900s and early 2000s contributed to a surge in investment in the sector and led to an explosion of competition in both electricity generation and retail.

More players entered the field which put downward pressure on electricity rates, encouraged innovation and gave consumers a competitive choice. But the legislation and regulations that govern rural electricity distribution in Alberta continue to facilitate and even encourage the concentration of ownership among two players which is certainly not in the interests of rural Albertans.

It is also not in the spirit of the United Conservative Party platform commitment to a “market-based” system. A market-based system suggests more competition. Instead, what we have is something approaching a monopoly for many Albertans. The UCP promised a review of the transition to a capacity market that would determine which market would be best for Alberta and as a result has decided that we will remain an energy-only market.
Consumers in rural Alberta need electricity to produce the goods that power our biggest industries. Instead of regulating and approving continued rate increases from private multinational corporations, we need to drive competition and innovation that can push rates down and encourage growth and investment in rural-based industries and communities.

Our new government needs to take a stand and support rural residents, farms and businesses by encouraging and allowing for free and open competition in this industry. My hope is that the Alberta government’s next step is reviewing and changing Alberta’s electricity market to consider new ways to promote competition that benefits all Albertans.