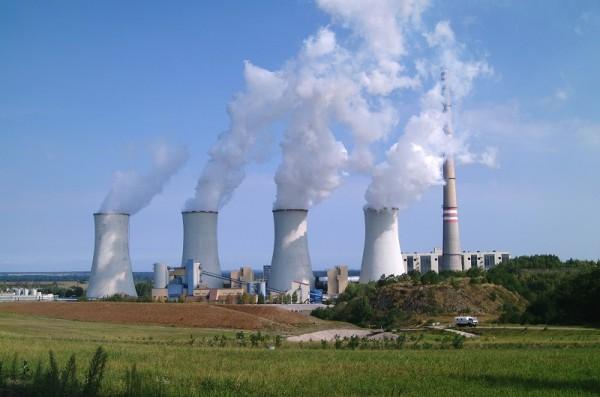 WASHINGTON - A diverse group of a dozen energy industry associations representing oil, natural gas, wind, solar, efficiency, and other energy technologies today submitted reply comments to the Federal Energy Regulatory Commission (FERC) continuing their opposition to the Department of Energy's (DOE) proposed rulemaking on grid resiliency pricing, in the next step in this FERC proceeding.

Action by FERC is expected by December 11.

In these comments, this broad group of energy industry associations notes that most of the comments submitted initially by an unprecedented volume of filers, including grid operators whose markets would be impacted by the proposed rule, urged FERC not to adopt DOE'sproposed rule to provide out-of-market financial support to uneconomic coal and nuclear power plants in the wholesale electricity markets overseen by FERC.

Just a small set of interests - those that would benefit financially from discriminatory pricing that favors coal and nuclear plants - argued in favor of the rule put forward by DOE in its Notice of Proposed Rulemaking, or NOPR. But even those interests - termed 'NOPR Beneficiaries' by the energy associations - failed to provide adequate justification for FERC to approve the rule, and their specific alternative proposals for implementing the bailout of these plants were just as flawed as the DOE plan, according to the energy industry associations.

We're hopeful that FERC will rule against an anti-competitive distortion of the electricity marketplace and avoid new unnecessary initiatives that increase power prices for American consumers and businesses.'

In the new reply comments submitted in response to the initial comments filed by hundreds of stakeholders on or before October 23 - the energy industry associations made the following points: Despite hundreds of comments filed, no new information was brought forth to validate the assertion - by DOE or the NOPR Beneficiaries - that an emergency exists that requires accelerated action to prop up certain power plants that are failing in competitive electricity markets: 'The record in this proceeding, including the initial comments, does not support the discriminatory payments proposed' by DOE, state the industry groups.

Nearly all of the initial comments filed in the matter take issue with the DOE NOPR and its claim of imminent threats to the reliability and resilience of the electric power system: 'Of the hundreds of comments filed in response to the DOE NOPR, only a handful purported to provide substantive evidence in support of the proposal. In contrast, an overwhelming majority of initial comments agree that the DOE NOPR fails to substantiate its assertions of an immediate reliability or resiliency need related to the retirement of merchant coal-fired and nuclear generation.'

Grid operators filed comments refuting claims that the potential retirement of coal and nuclear plants which could not compete for economically present immediate or near-term challenges to grid management: 'Even the RTOs and ISOs themselves filed comments opposing the DOE NOPR, noting that the proposed cost-of-service payments to preferred generation would disrupt the competitive markets and are neither warranted nor justified.... Most notably, this includes PJM Interconnection, ... the RTO in which most of the units potentially eligible for payments under the DOE NOPR are located. PJM states that its region 'unquestionably is reliable, and its competitive markets have for years secured commitments from capacity resources that well exceed the target reserve margin established to meet [North American Electric Reliability Corp.] requirements.' And PJM analysis has confirmed that the region's generation portfolio is not only reliable, but also resilient.'

The need for NOPR Beneficiaries to offer alternative proposals reflects the weakness of DOE'srule as drafted, but their options for propping up uneconomic power plants are no better, practically or legally: 'Plans put forward by supporters of the power plant bailout 'acknowledge, at least implicitly, that the preferential payment structure proposed in the DOE NOPR is unclear, unworkable, or both. However, the alternatives offered by the NOPR Beneficiaries, are equally flawed both substantively and procedurally, extending well beyond the scope of the DOE NOPR.'

Citing one example, the energy groups note that the detailed plan put forward by utility FirstEnergy Service Co. would provide preferential payments far more costly than those now provided to individual power plants needed for immediate reasons (and given a 'reliability must run' contract, or RMR): 'Compensation provided under [FirstEnergy's proposal] would be significantly expanded beyond RMR precedent, going so far as to include bailing [a qualifying] unit out of debt based on an unsupported assertion that revenues are needed to ensure long-term operation.'

Calling the action FERC would be required to take in adopting the DOE proposal 'unprecedented,' the energy industry associations reiterate their opposition: 'While the undersigned support the goals of a reliable and resilient grid, adoption of ill-considered discriminatory payments contemplated in the DOE NOPR is not supportable - or even appropriate - from a legal or policy perspective.

The American Council on Renewable Energy (ACORE) is a national non-profit organization leading the transition to a renewable energy economy. With hundreds of member companies from across the spectrum of renewable energy technologies, consumers and investors, ACORE is uniquely positioned to promote the policies and financial structures essential to growth in the renewable energy sector. Our annual forums in Washington, D.C., New York and San Franciscoset the industry standard in providing important venues for key leaders to meet, discuss recent developments, and hear the latest from senior government officials and seasoned experts.