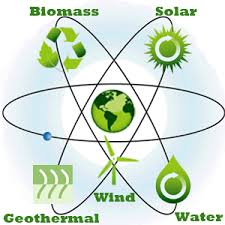 The following technology risks have been identified for various renewable power sources. The descriptions are based on the outputs from the Needs Assessment, and the results of the Technology, Market and Sustainability analyses.

As wind technologies near full market commercialization,the financial and market risks become more important. Specifically,the price point for the produced power, as well as the regulatory acceptance (through appropriate codes and standards) is the key issue. Capital costs are high ($1200-$1500/kW) relative to conventional electricity generation,which are <$1000/kW. Those technologies which help address the cost-competitiveness will be of interest.

In general, wind power is considered a medium-to-low risk proposition, compared to the other technologies being considered. Given the substantial amount of Canada's energy needs that can be met by wind on our current electrical grid without a major technical challenge, SDTC's wind investment efforts are likely to be weighted towards large-scale technologies. This does not preclude investments in small-scale, non-grid-connected systems, but the net environmental and economic impact would need to be considered.

Solar power is not a stand-alone solution for large-scale electricity generation:it requires a form of energy storage or baseload generation. However, in certain niche applications, solar power is quite acceptable. Such solar power applications are likely to have the greatest environmental and economic benefits in the short term. Over the longer term, when time-of-day rates are implemented, peak-shaving applications will become more attractive. Canada should be seeding early applications that demonstrate the benefits of peak-shaving in various classes and installation locations.

On balance, the high financial and market risks result in an overall high risk rating for solar PV for the generation of grid-scale power.