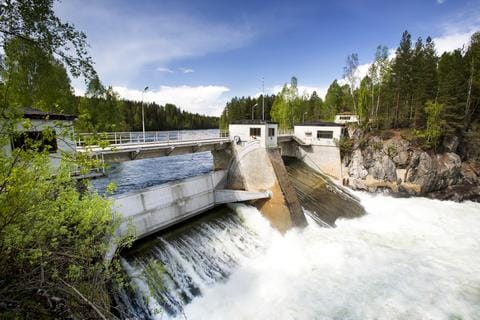 WASHINGTON - As federal lawmakers plan to consider a bill that would expand Federal Energy Regulatory Commission (FERC) licensing authority, questions emerged on Tuesday about the process used by FERC to issue two hydropower licenses for existing dams in West Virginia.

In a letter to FERC Chairman Neil Chatterjee, Democratic leaders of the House Energy and Commerce Committee raised questions about hydropower licenses issued for two dams operated by the U.S. Army Corps of Engineers on the Monongahela River in West Virginia.

“By denying the state its allotted time to review this application and submit requirements on these licenses, FERC is undermining the state’s authority under the Clean Water Act and Federal Power Act to impose conditions that will ensure water quality standards are met,” the letter stated.

The House of Representatives was slated to consider the Hydropower Policy Modernization Act of 2017, H.R. 3043, later in the week. The measure would expand FERC authority over licensing processes. Opponents of the bill argue that the changes would make it more difficult for states to protect their clean water interests.

“States’ requirements are not likely to be fulfilled by an incomplete application,” the letter stated. “It, therefore, appears counterproductive to start the ‘shot clock’ on the issuance of a water quality certificate at the point when a state receives a request because it is possible that request may be deficient with respect to information required by the state to issue a valid certificate. This may even create a perverse incentive wherein an applicant may actually be rewarded for submitting an incomplete application by not being required to meet some or all water quality conditions imposed by a state. Such a situation is unacceptable under the current statutory regime, and gives us serious concern over any legislative proposal that would provide FERC more authority to set the hydroelectric licensing schedule.”

West Virginia has announced plans to challenge FERC hydropower licenses for the dams on the Monongahela River.