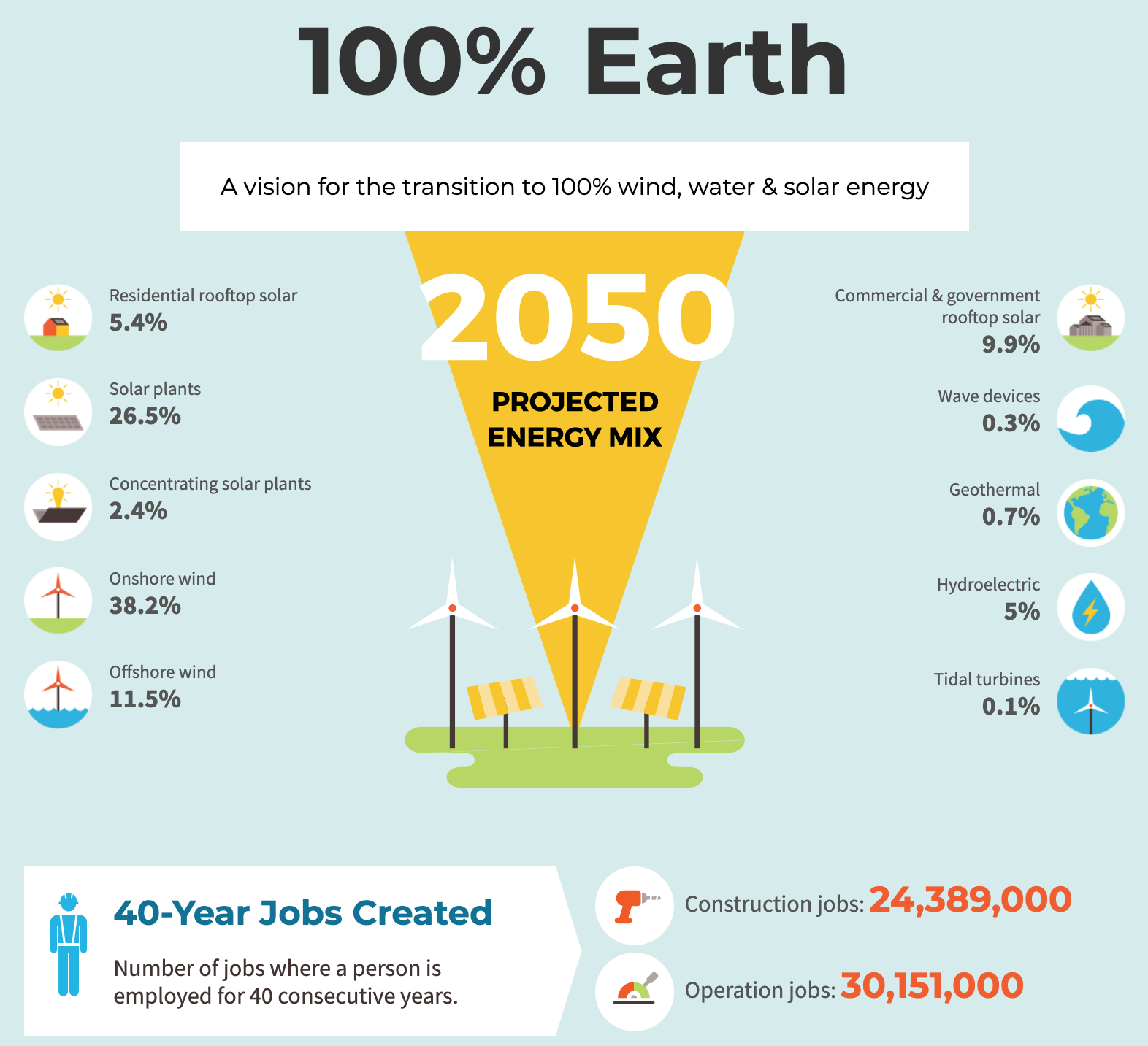 BONN - Renewable energy organizations representing different spheres of the renewable energy community have gathered on the occasion of the tenth anniversary of the Great East Japan Earthquake and Fukushima nuclear accident to emphasize that renewable energies are not only available in abundance but ready to deliver a renewable world.

The combination of all renewable technologies, be it bioenergy, geothermal energy, hydropower, ocean energy, solar energy or wind power, in particular in combination with storage options, can satisfy all energy needs of mankind, be it for power, heating/cooling, transportation, or industrial processes.

Renewables have seen tremendous growth rates and cost reduction over the past two decades, but there are still many barriers that need to be addressed for a faster renewable energy deployment to eventually achieve global 100% renewable energy. It is up to political decision-makers to create the legislative and regulatory conditions so that the renewable energy community can act as fast as needed.

Such rapid switch towards renewables is not only a must in light of nuclear risks and the growing threats of climate change, but also the necessary response to the current pandemic situation. And it will allow those hundreds of millions of humans in unserved areas to get for the first time ever access to modern energy services.

Speakers from the renewable energy community presented today in a joint webinar that a renewable future is a realistic vision, representing:

Ten years ago, on 11 March 2021, the Great East Japan Earthquake and Fukushima Daiichi Nuclear Power Plant accident occurred. It is a "coincidence of global history" that it now coincides with the starting point of the 100% renewable energy initiative that is accelerating around the world.

The world has changed dramatically since 311. Germany, Italy, Switzerland, Taiwan, South Korea, China and many other countries were all shocked by 311 and shifted their focus from nuclear power to renewable energy. The next ten years will be the decade in which this perception will rapidly become the "new reality". 311 was the "starting point" for a structural energy shift in world history.

The disasters of Fukushima and Chernobyl are urging the entire world to quickly end the use of atomic energy. Contrary to what is often claimed, nuclear energy cannot make a contribution to climate protection, but only creates immense problems with toxic radioactivity emissions, nuclear waste, atomic bomb material and the dangers of a nuclear catastrophe. In contrast, 100% renewable energies until 2030 can help achieve climate protection and a simultaneous nuclear phase-out, according to a recently published statement by a world-leading group of energy researchers from the USA, EU and Australia.

Their research suggests that a 100% renewable energy supply, including storage systems, can provide full energy security for all of mankind by 2030 and will even be cheaper than the existing nuclear and fossil energy supply. The only requirement for implementation is the right decisions taken by decision makers both in governments and industry. All technical and economic prerequisites for a disruptive conversion of the global energy supply to 100% renewable energies are already in place.

40 years ago, the idea of developing nuclear power appealed to me as a non-polluting method of generating electricity. So I studied it. How to deal with waste and how to ensure it would not create a danger to life. Along came Chernobyl and other accidents. Storage of waste was leaving dangerous hiding places while some waste was alleged to be dumped at sea. I became more and more concerned. There were demonstrations that the existing methods were dangerous and required very strict construction and operational tolerances - up went the cost. Long delays and huge cost increases. I had visited nuclear power stations and talked to expert proponents in UK, France, US, Taiwan and Australia. The more I did the more certain I became that it was not the way to go. Then Fukushima put the dangers and cost beyond doubt.

Let's get on with the rollover to renewables.

The IGA is proud to work with all renewable energy associations to continuously provide a unified voice to a cleaner energy future. The Geothermal sector is proven to be a partner of choice for many locations in the world serving baseload power and clean heat to customers. We are particularly interested in the increased attention system integration gets, which underpins the importance of all renewables coming together at events such as the webinar organised by the WWEA.

The IPCC has emphasized the important role of sustainable bioenergy for climate protection. Recent advances in technology allow us to use feedstock from forestry, wood processing and agricultural production in an efficient and clean way. Today, bioenergy already contributes 12 - 13% to global final energy demand. Importantly, contribution from bioenergy is more than 5 times as much as nuclear energy worldwide. Together with other renewable energy technologies such as solar, wind, geothermal and hydropower, bioenergy can increase the contribution in a substantial way to meet the energy demands of all end use sectors and meet the international energy and climate goals.

Stefan Gsanger, Secretary General of the World Wind Energy Association and Co-chair of the Global100RE Platform:

The switch to a renewable energy future requires new political and economic thinking: from centralised structures with few large actors towards decentralised, participatory models with millions of communities and citizens playing an active role, not only as consumers but also as producers of energy. To make this new paradigm the predominant energy paradigm is the true challenge of the energy transformation which we as the world community are facing. If we manage this shift well and on time, billions of people across the globe, in industrialised and developing countries alike, will benefit and will face a bright future.