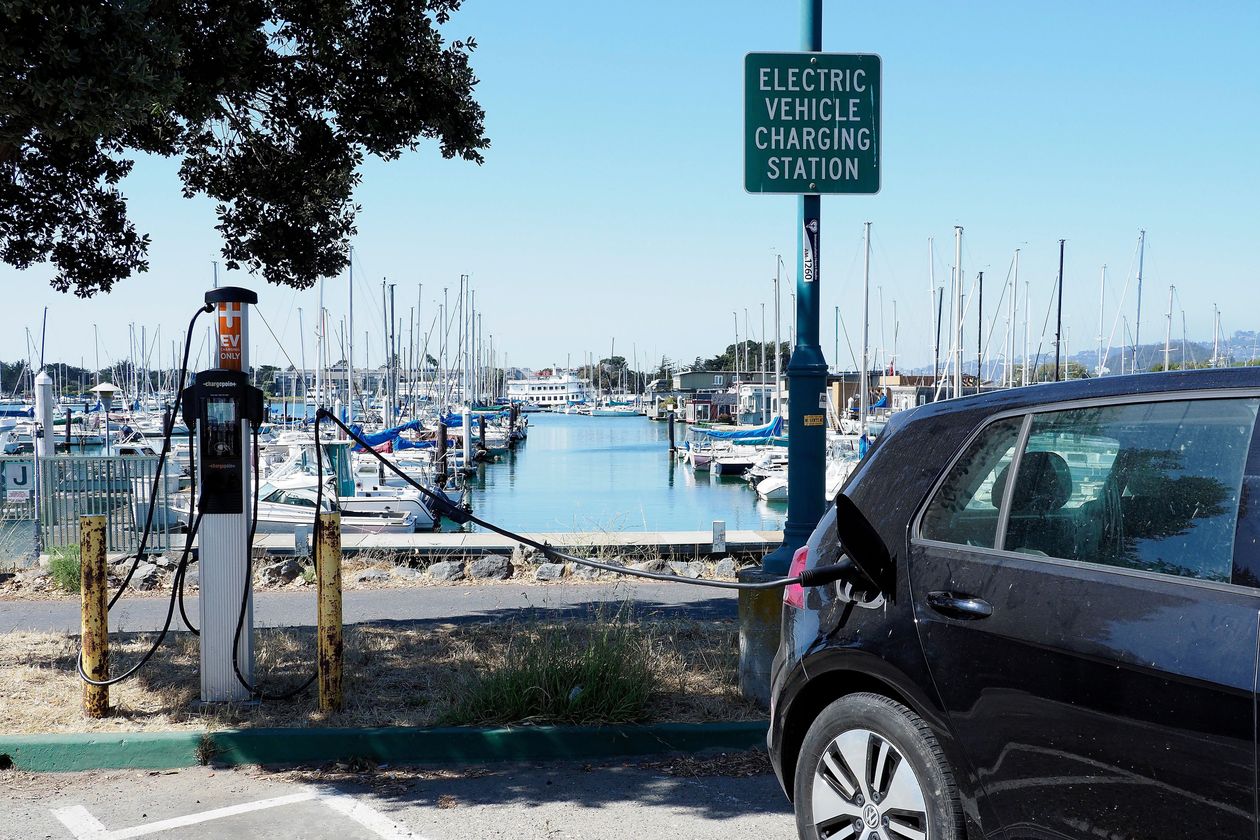 LOS ANGELES - Electric vehicles are touted as an environmentally friendly alternative to gasoline powered cars, but one Facebook post claims that the benefits are overblown, and the vehicles are much more harmful to the planet than people assume.

However, the electric vehicle is shown connected to what appears to be a factory that’s blowing dark smoke into the air.

Below the cartoon is a caption that claims "manufacturing the battery for one electric car produces the same amount of CO2 as running a petrol car for eight years."

This isn’t a new line of criticism against electric vehicles. Similar Facebook posts have taken aim at the carbon dioxide produced in the manufacturing of electric cars — specifically the batteries — to make the case that zero emissions vehicles aren’t necessarily clean.

Because they require a mix of metals that need to be extracted and refined, lithium-ion batteries take more energy to produce than the common lead-acid batteries used in gasoline cars to help start the engine.

How much CO2 is emitted in the production depends on where the lithium-ion battery is made — or specifically, how the electricity powering the factory is generated — according to Zeke Hausfather, a climate scientist and director of climate and energy at the Breakthrough Institute, an environmental research think tank.

Producing a 75 kilowatt-hour battery for a Tesla Model 3, considered on the larger end of batteries for electric vehicles, would result in the emission of 4,500 kilograms of CO2 if it was made at Tesla's battery factory in Nevada. That’s the emissions equivalent to driving a gas-powered sedan for 1.4 years, at a yearly average distance of 12,000 miles, Hausfather said.

If the battery were made in Asia, manufacturing it would produce 7,500 kg of carbon dioxide, or the equivalent of driving a gasoline-powered sedan for 2.4 years — but still nowhere near the eight years claimed in the Facebook post. Hausfather said the larger emission amount in Asia can be attributed to its "higher carbon electricity mix." The continent relies more on coal for energy production, while Tesla’s Nevada factory uses some solar energy.

The Facebook post does not mention the electricity needs and CO2 impact of factories that build gasoline or diesel cars and their components.

Another thing the Facebook post omits is that the CO2 emitted in the production of the battery can be offset over a short time in an electric car by the lack of tailpipe emissions when it’s in operation.

The Union of Concerned Scientists found in a 2015 report that taking into account electricity sources for charging, an electric vehicle ends up reducing greenhouse gas emissions by about 50% compared with a similar size gas-powered car.

A midsize vehicle completely negates the carbon dioxide its production emits by the time it travels 4,900 miles, according to the report. For full size cars, it takes 19,000 miles of driving.

The U.S. Energy Department’s Office of Energy Efficiency and Renewable Energy also looked at the life cycle of electric vehicles — which includes a car’s production, use and disposal — and concluded they produce less greenhouse gases and smog than gasoline-powered vehicles.

The agency also found drivers could further lower CO2 emissions by charging with power generated by a renewable energy source.

Our ruling
A cartoon shared on Facebook claims the carbon dioxide emitted from the production of one electric car battery is the equivalent to driving a gas-powered vehicle for eight years.

The production of lithium-ion batteries for electric cars emits a significant amount of carbon dioxide, but nowhere near the level claimed in the cartoon. The emissions from battery production are equivalent to driving a gasoline car for one or two years, depending on where it’s produced, and those emissions are effectively offset over time by the lack of tailpipe emissions when the car is on the road.

We rate this claim Mostly False.