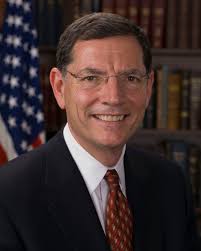 Along with 11 other senators, and as a member who votes on whether to give U.S. taxpayer dollars to the World Bank, I am pressing the bank to lift these restrictions. Developing countries desperately need access to a steady supply of affordable and reliable electricity to support economic growth.

The World Bank has pulled funding for critical electricity projects in poor countries, including high-efficiency power stations that are fueled by coal. In October 2018, for example, the bank reversed its backing for construction of a state-of-the-art coal-fired power plant in Kosovo.

Despite Kosovo having the world’s fifth-largest reserves of coal, the bank announced it would only support new energy projects from renewable sources. Kosovo’s Minister of Economic Development Valdrin Lluka responded: “We don’t have the luxury to do such experiments in a poor country such as Kosovo. … It is in our national security interest to secure base energy inside our country.”

The World Bank’s misguided move comes as 840 million people worldwide are living without electricity, including 70 percent of sub-Saharan Africa.

Even more troubling, nearly 3 billion people in developing countries rely on fuels like wood and other biomass for cooking and home heating, resulting in serious health problems and premature deaths. In 2016, household smoke killed an estimated 2.6 million people.

The World Bank’s mission is to lift people out of poverty. The bank is now compromising that mission in favor of a political agenda targeting certain energy sources.

With the World Bank blocking financing to affordable and reliable energy projects, Russia and China are stepping up their investments in order to gain geopolitical leverage.

President Vladimir Putin is pursuing Russian oil and gas projects in Mozambique, Gabon, and Angola. China’s Belt and Road Initiative is supporting traditional energy resources, with 36 percent of its power projects from 2014 to 2017 involving coal. South Africa had to turn to the China Development Bank to fund its $1.5 billion coal-fired power plant.

There are real risks for countries partnering with China and Russia on these projects. Developing countries are facing what some are calling China’s “debt trap” diplomacy. These nations have also raised concerns over safety compliance, unfair business practices, and labor standards.

As the bank’s largest contributor, the United States has a duty to make sure U.S. taxpayer dollars are used wisely and effectively. Every U.S. dollar at the World Bank should make a difference for people in the developing world.

My colleagues and I have asked the bank to pursue an all-of-the-above energy strategy as it strives to achieve its mission to end extreme poverty and promote shared prosperity. We will take the bank’s response into account during the congressional appropriations process.

The United States is a top global energy producer. And yet Democrats running for president are pursuing anti-energy policies that would hurt not only the United States but the entire world.

Utilizing our abundant energy resources has fueled an American energy renaissance and a booming U.S. economy with millions of new jobs and higher wages.

People who are struggling to survive and thrive in developing countries deserve the same opportunity to access affordable and reliable sources of power.

As Microsoft founder and global philanthropist Bill Gates has noted of renewables: "Many people experiencing energy poverty live in areas without access to the kind of grids that are needed to make those technologies cheap and reliable enough to replace fossil fuels."

Ultimately, there is a role for all sources of energy to help countries alleviate poverty and improve the education, health and wellbeing of their people.

The solution to ending energy poverty does not lie in limiting options, but in using all available options. The World Bank must recommit to ending extreme poverty by helping countries use all of the world’s abundant energy resources. Let’s end energy poverty now.