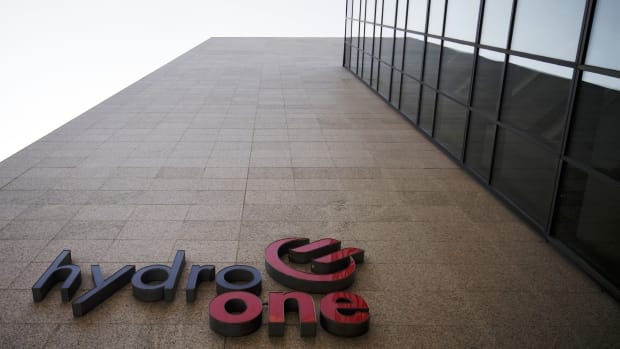 Hydro One Ltd.'s second-quarter profit fell by nearly 23 per cent from last year

The Toronto-based company - which operates most of Ontario's power grid - says its net earnings attributable to shareholders dropped to 26 cents per share from 34 cents per share when Hydro One had $200 million in net income.

Adjusted net income was also 26 cents per share, down from 33 cents per diluted share in the second quarter of 2018.

Analysts had estimated $1.44 billion of revenue and 27 cents per share of adjusted income, according to financial markets data firm Refinitiv.

The publicly traded company, of which the Ontario government is the largest shareholder, says its quarterly dividend will remain at 24.15 cents per share for its next payment to shareholders in September.