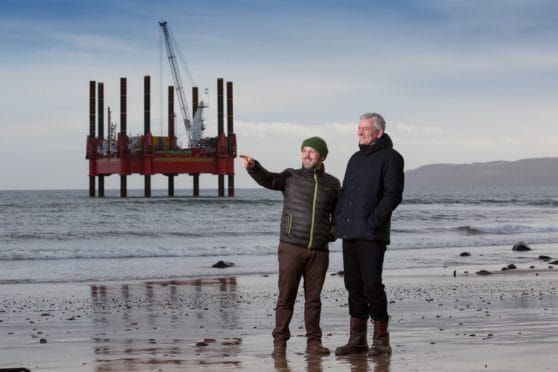 Located off Scotland’s east coast, it was awarded a Contract for Difference (CfD) in 2015 and will look to generate enough energy to power 375,000 homes.

It is expected to create around 500 jobs while also delivering £540 million to the local economy.

He added: “Initially, we will only have a few people on site to put in place control measures so the rest of the team can start work safely later that week.

“Once that’s happened we will have a reduced workforce on site, including essential supervisory staff.

“The arrangements we have put in place will be under regular review as we continue to closely monitor Covid-19 and follow the Scottish Government’s guidance.”

NnG wind farm, a 54-turbine projects, was due to begin full offshore construction in June 2020 before the Covid-19 outbreak.

EDF Renewables sold half of the NnG project to Irish firm ESB in November last year.

The first initial payment was understood to be around £50 million.