How ‘Virtual Power Plants’ Will Change The Future Of Electricity 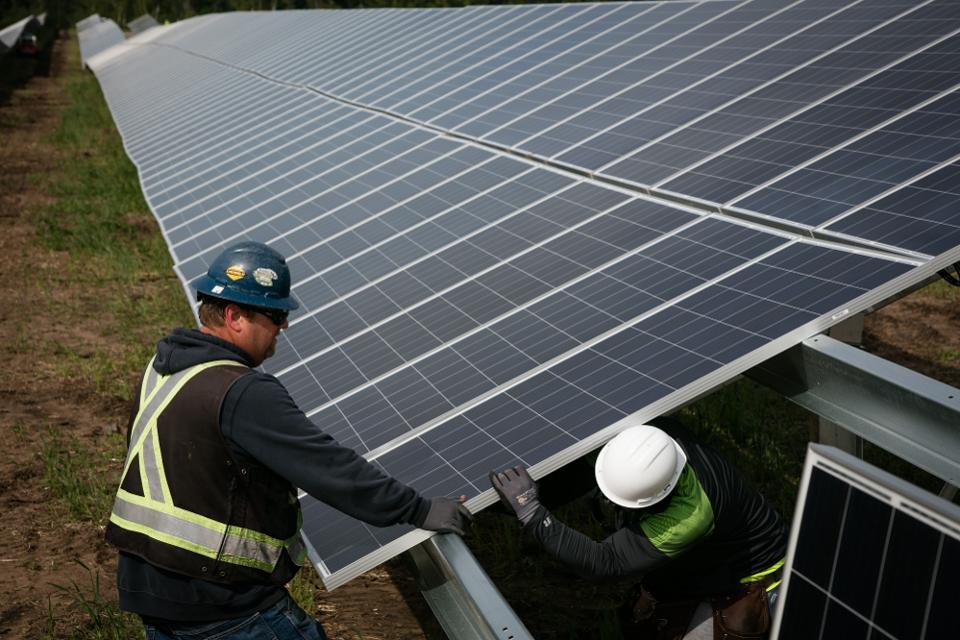 NEW YORK - If “virtual” meetings can allow companies to gather without anyone being in the office, then remotely distributed solar panels and batteries can harness energy and act as “virtual power plants.” It is simply the orchestration of millions of dispersed assets to manage the supply of electricity — power that can be redirected back to the grid and distributed to homes and businesses.

The ultimate goal is to revamp the energy landscape, making it cleaner and more reliable. By using onsite generation such as rooftop solar in combination with battery storage, those services can reduce the network’s overall cost by deferring expensive infrastructure upgrades and by reducing the need to purchase cost-prohibitive peak power.

“We expect virtual power plants, including aggregated home solar and batteries, to become more common and more impactful for energy consumers throughout the country in the coming years,” says Michael Sachdev, chief product officer for Sunrun Inc., a rooftop solar company, in an interview. “The growth of home solar and batteries will be most apparent in places where households have an immediate need for backup power, as they do in California, where utilities are turning off the electricity to reduce wildfire risk.”

Most Popular In: Energy

How Extremophile Bacteria Living In Nuclear Reactors Might Help Us Make Vaccines
Apple, Ford, McDonald’s, Microsoft Among This Summer’s Climate Leaders
What’s Next For Oil And Gas?
Home battery adoption is becoming commonplace in Hawaii and in New England, he adds, because those distributed assets are improving the efficiency of the electrical network. It is a trend that is reshaping the country’s energy generation and delivery system by relying more on clean onsite generation and less on fossil fuels.

Sunrun has recently formed a business partnership with AutoGrid, which will manage Sunrun’s fleet of rechargeable batteries. It is a cloud-based system that allows Sunrun to work with utilities to dispatch its “storage fleet” to optimize the economic results. AutoGrid compiles the data and makes forecasts, enabling it to pinpoint potential trouble spots.

But a distributed energy system, or a virtual power plant, would have 200,000 subsystems. Or, 200,000 5 kilowatt batteries would be the equivalent of one power plant that has a capacity of 1,000 megawatts.

“A virtual power plant acts as a generator,” says Amit Narayan, chief executive officer of AutoGrid, in an interview. “It is one of the top five innovations of the decade. If you look at Sunrun, 60% of every solar system it sells in the Bay Area is getting attached to a battery. The value proposition comes when you can aggregate these batteries and market them as a generation unit. The pool of individual assets may improve over time. But when you add these up, it is better than a large-scale plant. It is like going from mainframe computers to laptops.”

The AutoGrid executive goes on to say that centralized systems are less reliable than distributed resources. While one battery could falter, 200,000 of them that operate from remote locations will prove to be more durable — able to withstand cyber attacks and wildfires. Sunrun’s Sachdev adds that the ability to store energy in batteries and to move it to the grid on demand creates value not just for homes and businesses but also for the network as a whole.

The good news is that the trend worldwide is to make it easier for smaller distributed assets to get the same regulatory treatment as power plants. System operators have been obligated to call up those power supplies that are the most cost-effective and that can be easily dispatched. But now regulators are giving virtual power plants comprised of solar and batteries the same treatment.

In the United States, for example, the Federal Energy Regulatory Commission issued an order in 2018 that allows storage resources to participate in wholesale markets — where electricity is bought directly from generators before selling that power to homes and businesses. Under the ruling, virtual power plants are paid the same as traditional power suppliers. A federal appeals court this month upheld the commission’s order, saying that it had the right to ensure “technological advances in energy storage are fully realized in the marketplace.”

“In the past, we have used back-up generators,” notes AutoGrid’s Narayan. “As we move toward more automation, we are opening up the market to small assets such as battery storage and electric vehicles. As we deploy more of these assets, there will be increasing opportunities for virtual power plants.”

Virtual power plants have the potential to change the energy horizon by harnessing locally-produced solar power and redistributing that to where it is most needed — all facilitated by cloud-based software that has a full panoramic view. At the same time, those smaller distributed assets can add more reliability and give consumers greater peace-of-mind — a dynamic that does, indeed, beef-up America’s generation and delivery network.