Electric vehicles can fight climate change, but they’re not a silver bullet: U of T study 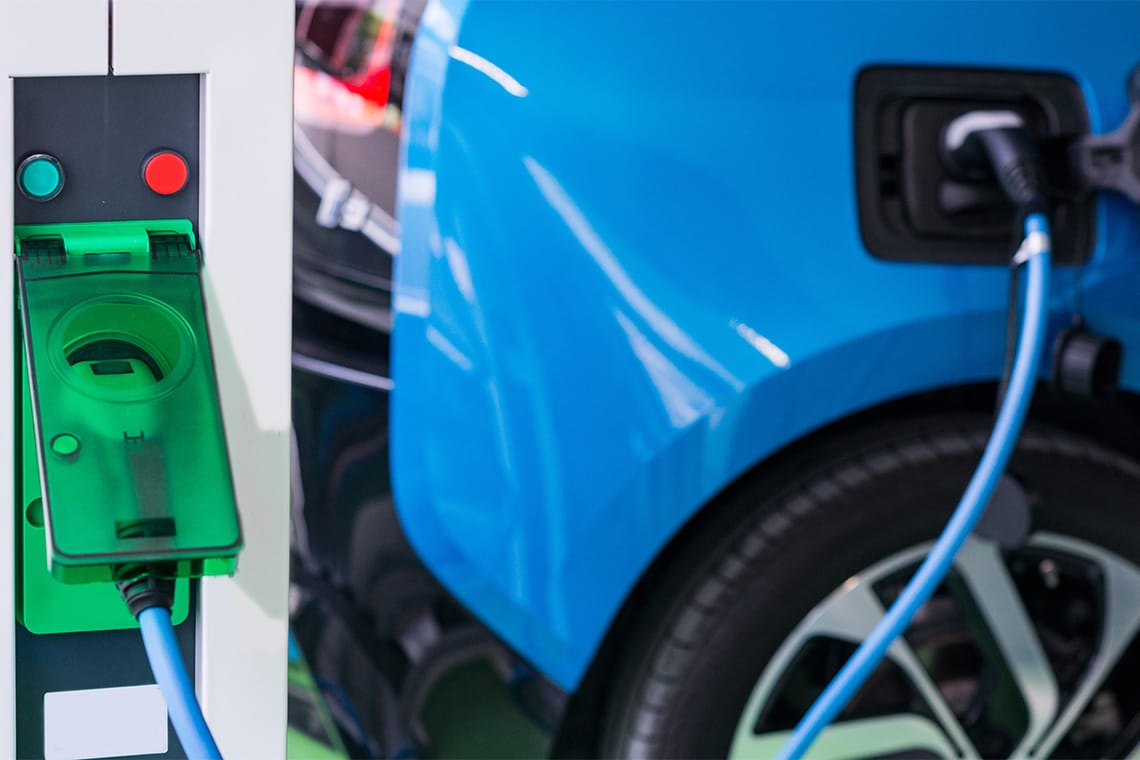 A new analysis from U of T Engineering researchers shows that electrifying the U.S. fleet will not be enough on its own to meet climate targets

TORONTO - Today there are more than seven million electric vehicles (EVs) in operation around the world, compared with only about 20,000 a decade ago. It’s a massive change – but according to a group of researchers at the University of Toronto’s Faculty of Applied Science & Engineering, it won’t be nearly enough to address the global climate crisis.

“A lot of people think that a large-scale shift to EVs will mostly solve our climate problems in the passenger vehicle sector,” says Alexandre Milovanoff, a PhD student and lead author of a new paper published in Nature Climate Change.

“I think a better way to look at it is this: EVs are necessary, but on their own, they are not sufficient.”

Around the world, many governments are already going all-in on EVs. In Norway, for example, where EVs already account for half of new vehicle sales, the government has said it plans to eliminate sales of new internal combustion vehicles by 2025. The Netherlands aims to follow suit by 2030, with France and Canada to follow by 2040. Just last week, California announced plans to ban sales of new internal combustion vehicles by 2035.

Milovanoff and his supervisors in the department of civil and mineral engineering – Assistant Professor Daniel Posen and Professor Heather MacLean – are experts in life cycle assessment, which involves modelling the impacts of technological changes across a range of environmental factors.

They decided to run a detailed analysis of what a large-scale shift to EVs would mean in terms of emissions and related impacts. As a test market, they chose the United States, which is second only to China in terms of passenger vehicle sales.

“We picked the U.S. because they have large, heavy vehicles, as well as high vehicle ownership per capita and high rate of travel per capita,” says Milovanoff. “There is also lots of high-quality data available, so we felt it would give us the clearest answers.”

The team built computer models to estimate how many electric vehicles would be needed to keep the increase in global average temperatures to less than 2 C above pre-industrial levels by the year 2100, a target often cited by climate researchers.

“We came up with a novel method to convert this target into a carbon budget for U.S. passenger vehicles, and then determined how many EVs would be needed to stay within that budget,” says Posen. “It turns out to be a lot.”

Based on the scenarios modelled by the team, the U.S. would need to have about 350 million EVs on the road by 2050 in order to meet the target emissions reductions. That works out to about 90 per cent of the total vehicles estimated to be in operation at that time.

“To put that in perspective, right now the total proportion of EVs on the road in the U.S. is about 0.3 per cent,” says Milovanoff.

“It’s true that sales are growing fast, but even the most optimistic projections suggest that by 2050, the U.S. fleet will only be at about 50 per cent EVs.”

The team says that, in addition to the barriers of consumer preferences for EV deployment, there are technological barriers such as the strain that EVs would place on the country’s electricity infrastructure.

According to the paper, a fleet of 350 million EVs would increase annual electricity demand by 1,730 terawatt hours, or about 41 per cent of current levels. This would require massive investment in infrastructure and new power plants, some of which would almost certainly run on fossil fuels.

The shift could also impact what’s known as the demand curve – the way that demand for electricity rises and falls at different times of day – which would make managing the national electrical grid more complex. Finally, there are technical challenges stemming from the supply of critical materials for batteries, including lithium, cobalt and manganese.

The team concludes that getting to 90 per cent EV ownership by 2050 is an unrealistic scenario. Instead, what they recommend is a mix of policies, including many designed to shift people out of personal passenger vehicles in favour of other modes of transportation.

These could include massive investment in public transit – subways, commuter trains, buses – as well as the redesign of cities to allow for more trips to be taken via active modes such as bicycles or on foot. They could also include strategies such as telecommuting, a shift already spotlighted by the COVID-19 pandemic.

“EVs really do reduce emissions, but they don’t get us out of having to do the things we already know we need to do,” says MacLean. “We need to rethink our behaviours, the design of our cities, and even aspects of our culture. Everybody has to take responsibility for this.”

The research received support from the Hatch Graduate Scholarship for Sustainable Energy Research and the Natural Sciences and Engineering Research Council of Canada.