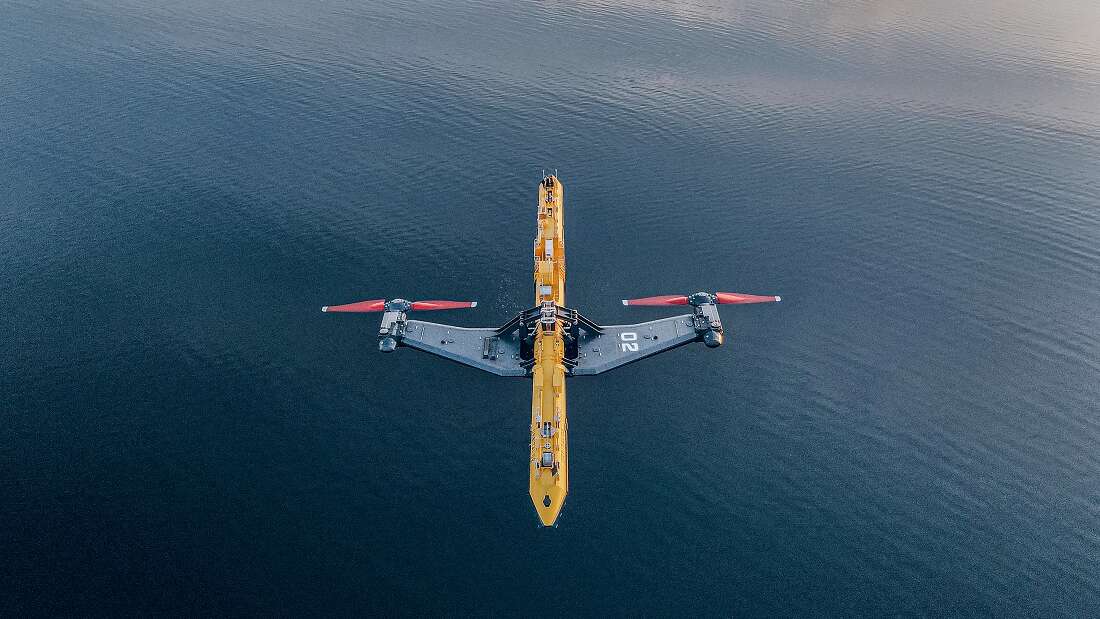 LONDON - “The world’s most powerful” tidal turbine has been hooked up to the onshore electricity grid in Orkney, a northerly archipelago in Scotland, and is ready to provide homes with clean, green electricity.

The tidal turbine, known as the O2, was developed by Scottish engineering firm Orbital Marine Power. On July 28, they announced O2 “commenced grid connected power generation” at the European Marine Energy Centre (EMEC) in Orkney, meaning it's all set up and providing energy to the local power grid.

The 74-meter-long (242-foot) turbine is said to be “the world’s most powerful” tidal turbine. It will lay in the waters off Orkney for the next 15 years with the capacity to meet the annual electricity demand of around 2,000 UK homes. The 2MW turbine is also set to power the EMEC’s land-based electrolyzer that will generate green hydrogen (hydrogen made without fossil fuels) that can also be used as a clean energy source.

“Our vision is that this project is the trigger to the harnessing of tidal stream resources around the world to play a role in tackling climate change whilst creating a new, low-carbon industrial sector,” Orbital CEO, Andrew Scott, said in a press release.

Tidal energy is harnessed by converting energy from the natural rise and fall of ocean tides and currents. The O2 turbine consists of two submerged blades with a 20-meter (65-foot) diameter attached to a turbine that will move with the shifting currents of Orkney’s coast to generate electricity. Electricity is then transferred from the turbine along the seabed via cables towards the local onshore electricity network.

This method of harnessing energy is not just desirable because it doesn't release carbon emissions, but it’s more predictable than other renewable energy sources, such as solar or wind energy, which can be influenced by weather conditions. Tidal energy production is still in its infancy and there are relatively few large-scale tidal power plants in the world, but many argue that some parts of the world could potentially draw huge benefits from this innovative form of hydropower, especially coastal regions with strong currents such as the northern stretches of the UK.

The largest tidal power operation in the world is the Sihwa Lake project on the west coast of South Korea, which harnesses enough power to support the domestic needs of a city with a population of 500,000 people. However, once fully operational, the MeyGen tidal power project in northern Scotland hopes to snatch its title.