Cost is the main reason stopping Canadians from buying an electric car: Survey 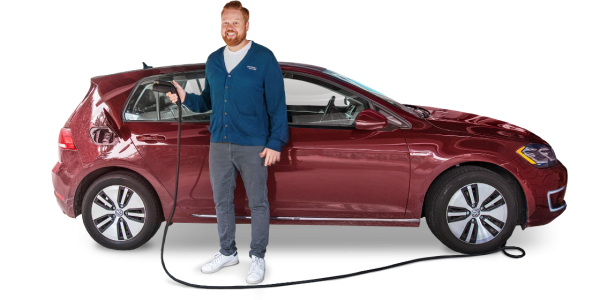 TORONTO - If the federal government wants to meet its ambitious target of having all cars and passenger trucks sold in Canada be zero emissions by 2035, it’s going to have to do something about the cost of these vehicles.

A new survey from BNN Bloomberg and RATESDOTCA has found that cost is the number one reason stopping Canadians from buying an electric car.

Those who aren’t planning on buying an EV were asked what the biggest reason for their decision was. By far, it was the price of these vehicles: 31 per cent of this group cited cost as the main reason for not electrifying their ride. Another 59 per cent of respondents cited it as a concern, but not the main one. Other reasons for not wanting to buy an electric vehicle included lack of infrastructure (18 per cent), range concerns (16 per cent), and battery life and replacement (13 per cent).

That’s right. If more governments increased the incentives offered for buying electric vehicles, reaching the goal of only selling zero emission vehicles in Canada by 2035 would no longer be a pipe dream.

At the moment, only Quebec and B.C. offer government incentives to buy an electric vehicle. The federal government offers up to a $5,000 incentive, with restrictions including a limit on the total price of the vehicle. Ontario previously offered a rebate of up to $14,000, however, the popular program was cancelled when the Progress Conservative government was elected in 2018.

The cancellation led to a plunge in new electric vehicle sales in Ontario, falling more than 55 per cent in the first six months of 2019 when compared to the same time period in the previous year, according to Electric Mobility Canada.

It’s no surprise that the larger the incentive, the more Canadians will be swayed to buy an electric car. Perhaps what’s surprising is that the incentive doesn’t even have to be as large as the previous Ontario rebate was. The survey found that seven per cent of Canadians would buy an electric vehicle if they got an incentive ranging anywhere from $5,001-$7,250. A full 35 per cent said a $12,500 or higher incentive would convince them.

The majority of Canadians surveyed said they use their vehicles for leisure or commuting to work. Leisure uses include running errands and seeing friends and family, of which 43 per cent of respondents said was the primary way they used their vehicle. Meanwhile, 36 per cent said they primarily used their car to commute to work.

The survey also found that incentives were more effective at convincing younger people to buy an electric vehicle. Eighty-three per cent of those under the age of 55 could be swayed by new incentives. But for those over 55, only 66 per cent said they would change their mind.