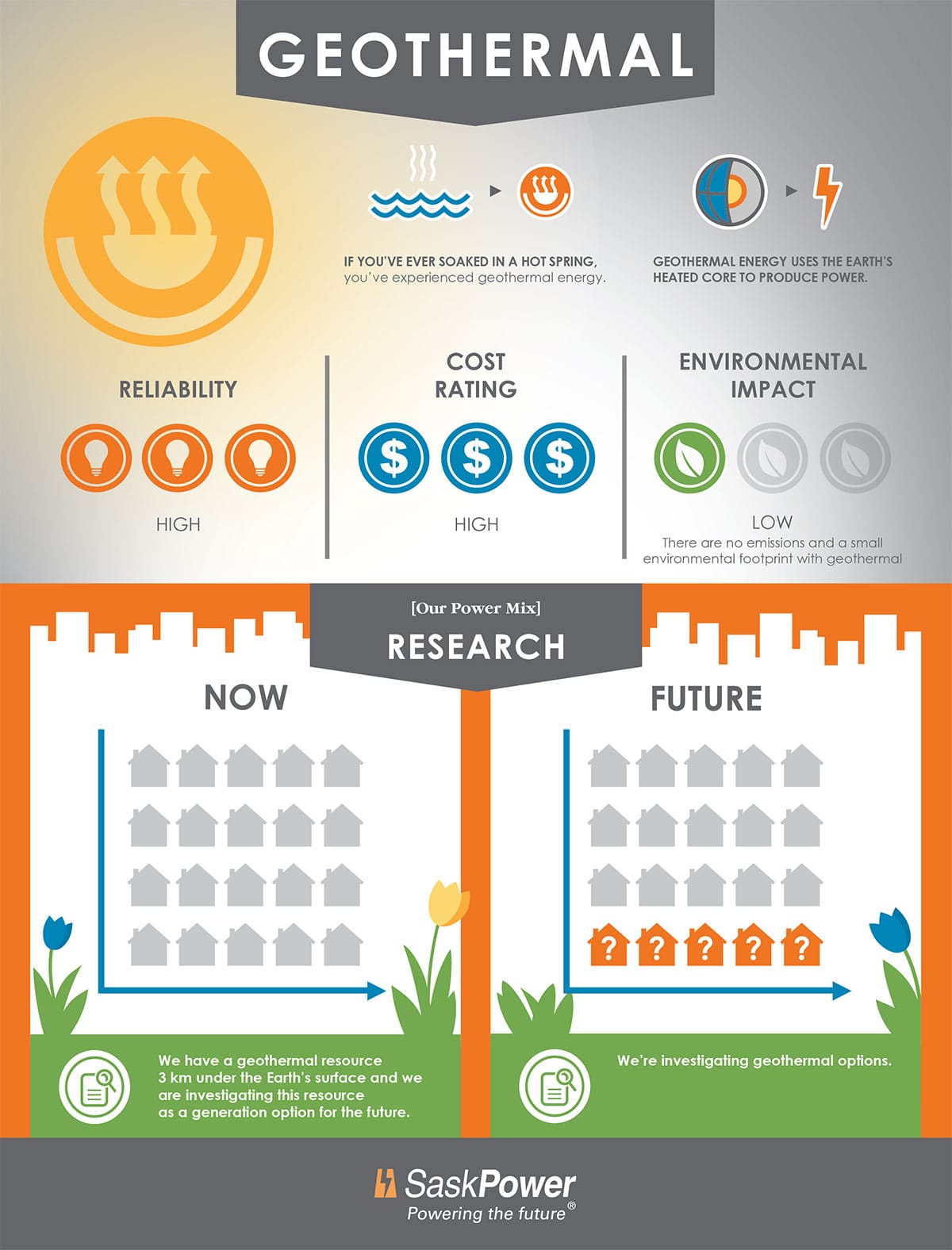 SaskPower signed a power purchase agreement with geothermal developer DEEP Corp. in May as part of its plan to double renewable electricity generation by 2030.

REGINA - It would be a first for Saskatchewan and Canada.

Regina and Saskatoon areas were selected to provide a range of settings to test the new LED streetlights SaskPower is piloting. SaskPower pilot project converting streetlights to LED

“Geothermal is not the only solution here, but we hope to have a very significant place at the table.”

With a power purchase agreement with SaskPower signed in May, DEEP hopes to build a five megawatt, zero emission power plant near Estevan, where subterranean water is the warmest in Saskatchewan.

Typically, geothermal operations use the water for heat; however DEEP’s plant will pass water through an exchanger to create steam, which will drive a turbine and generate energy.

“You think of our potash resources, our oil and gas resources, and at the very bottom of those sedimentary units is thick, 150 metre deep aquifer,” Marcia said. “We could drill it here in Saskatoon, but it’s too shallow to be hot enough, and the same aquifer continues to deepen as we go towards the United States, it’s about 3.4 kilometers in depth, so that’s what gives it the heat.”

But is investment in geothermal power generation worth it for the province? Experts say they’re cautiously optimistic, but initial costs may drive away potential interest.

“The payback period is going to be much longer,” said Grant Ferguson, an associate professor of geological engineering at the University of Saskatchewan. “So we’re going to run into problems with risk and financing and these sorts of things that might not be in play with something like a wind or solar project.”

Time is also a factor.

Each unit is expected to generate between five and 10 megawatts of power; multiple unites would be required to generate the amount of power needed in Saskatchewan. Nearly a decade of work has gone into DEEP’s first station.

“If we’re looking towards 2030 and we’re taking 10 years for one, then it’s going to take a while to pull all this off,” Ferguson said.

“Maybe if it's on the space of two or three years then we can build these things up.”

The benefit geothermal electricity has over solar and wind generated power? Electricity is consistently being generated.

“Ideally, this becomes a baseload power supply,” Marcia said, “so unlike wind and solar, which provide an intermittent power supply, geothermal is the only renewable that provides power 24 hours a day, seven days a week.”

DEEP’s first plant is expected to be built in two years. It’s expected the aquifer will be able to support a capacity of roughly 200 megawatts.