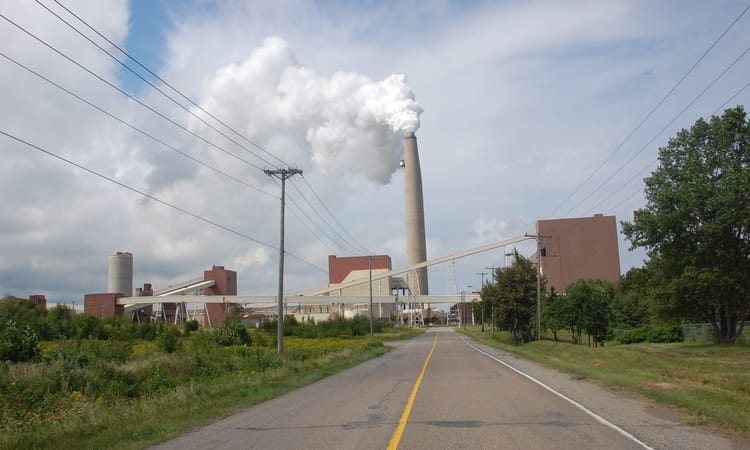 FREDERICTON - NB Power is betting $7 million on a promising but untested new way to generate electricity without emitting greenhouse gases: turning seawater from the Bay of Chaleur into energy.

CEO Gaëtan Thomas talked last month about converting the Belledune generating station to hydrogen power by 2030, after coal is phased out.

But the public utility is tight-lipped so far o

"Unfortunately, it is too early in the process to be discussing details of this research and development project," said NB Power spokesperson Marie-Andrée Bolduc.

Joi Scientific's vice-president of marketing, Vicky Harris, said in an email statement that the company is "involved in multiple research projects, in many different sectors, but, as I am sure you would understand, we are not sharing details of our proprietary research and development work at this time."

On its website, the company calls hydrogen "the universe's most abundant element and the world's cleanest source of energy."

In its collaboration with Florida-based Joi Scientific, a start-up headquartered at the Kennedy Space Centre.

What to do with Belledune?

The federal government has set 2030 as the deadline for provinces to phase out coal-powered electricity under its national climate plan.

NB Power says other options for Belledune include burning natural gas or biomass. But those options would still generate some carbon dioxide emissions.

Green Party Leader David Coon said last month that it was "news to me" that hydrogen power could be generated affordably enough to use in a power plant.

University of New Brunswick chemical engineering professor Willy Cook says turning hydrogen into energy is simple, but it's not necessarily cost-effective because the process itself requires a lot of electricity.

"You can't get something for nothing," he said. "Using electricity to produce hydrogen to go back to the process to produce electricity--that in itself probably isn't economically viable."

But he said he's not familiar with Joi Scientific's technology and it's possible the company has come up with "a more efficient process."

"I have faith in the NB Power engineers to come through and do that assessment properly," he said.