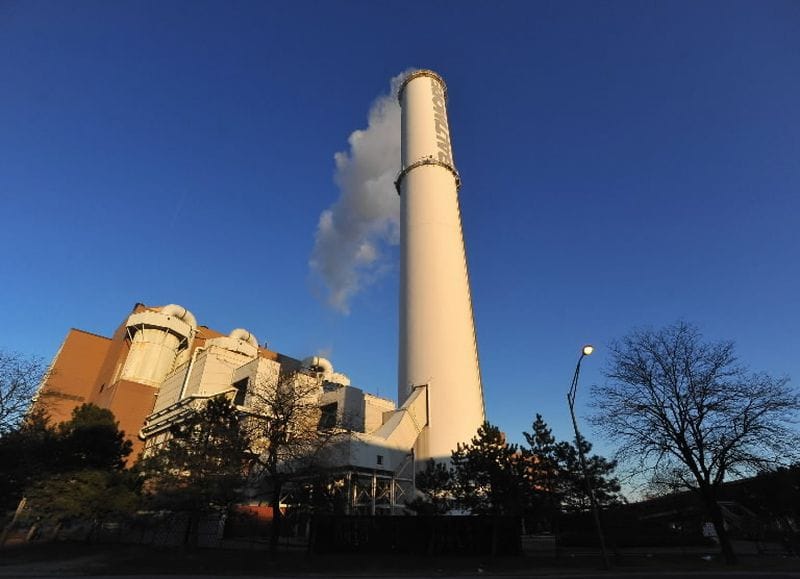 BALTIMORE - Many facilities that supply Maryland with renewable energy have exceeded pollution limits or otherwise broken environmental rules, violating a state law, according to a complaint sent by environmental groups to state energy and law enforcement officials.

Maryland law says that any company that contributes to a state renewable energy goal — half the state’s energy portfolio must come from renewable sources by 2030 — must “substantially comply” with rules on air and water quality and waste management. The complaint says more than two dozen power generators, including paper mills and trash incinerators, have records of formal or informal enforcement actions by environmental authorities.

For years, environmental groups have criticized Maryland policy that counts power plants that produce planet-warming carbon dioxide and health-threatening pollution as “renewable” energy generation, but lawmakers concerned about protecting industrial jobs have resisted reforms. The renewable label qualifies the companies for subsidies drawn from energy bills across the state.

In a complaint filed this week, the groups asked the attorney general and Public Service Commission to step in.

“We’re subsidizing companies to produce dirty energy, but we’re also using ratepayer money to support companies that in many instances are paying environmental fines or just flouting the law,” said Timothy Whitehouse, executive director of Public Employees for Environmental Responsibility. “There’s no one to hold them to account in Maryland.”

A spokeswoman for Attorney General Brian Frosh said his office would review the complaint, which was signed by Whitehouse and Mike Ewall, executive director of the Energy Justice Network.

Public Service Commission officials said the facilities must notify them if found out of compliance with environmental rules, and the commission can then revoke certification under the state renewable energy program. In a statement, commission officials said they would launch an investigation if any facility had failed to notify them of any environmental violations, and encouraged anyone with evidence of such a transgression to file a complaint.

Companies named in the document accused the groups of painting an inaccurate picture.

“This complaint is based on misleading arguments designed to halt waste-to-energy practices that have clear environmental benefits recognized by the global scientific community,” said Jim Connolly, vice president of environment, health and safety for Wheelabrator, which owns a Baltimore trash incinerator.

Maryland launched its renewable energy program in 2004, diversifying the state’s energy portfolio with more environmentally friendly sources of power. Under the program, separate from the electricity they generate and sell to the grid, renewable power facilities can sell what are known as renewable energy certificates. Utilities such as Baltimore Gas and Electric Co. are required to buy a growing number of the certificates each year, essentially subsidizing the renewable energy facilities with money from ratepayer bills.

A dozen types of power generation qualify to sell the certificates: Solar, wind, geothermal and hydroelectric plants, as well as “biomass” facilities that burn wood and other organic matter, waste-to-energy plants that burn household trash and paper mills that burn a byproduct known as black liquor.

The complaint focuses on waste incinerators, biomass plants and paper mills, all of which environmental groups have cast as counter to the renewable energy program’s environmental goals.

“By subsidizing these corporations, Maryland is diverting the hard-earned income of Maryland ratepayers to wealthy corporations with poor environmental compliance records and undermining the state’s transition to clean renewable energy,” Whitehouse and Ewall wrote.

For example, they note that the Wheelabrator plant in Southwest Baltimore has been fined for exceeding mercury limits in the past. That occurred in 2011, when the plant settled with state regulators for violations in 2010 and 2009.

Connolly said there is “no question” the facility complies with Maryland’s renewable energy law.

Incinerators in Montgomery County and in Fairfax County, Virginia, that are owned by Covanta and sell the energy certificates in Maryland have been cited for accidental fires inside both facilities. The Maryland incinerator violated emissions rules in 2014, the same year that New Jersey forbade the Virginia facility from selling energy certificates into that state’s renewable energy program over concerns it wasn’t following ash testing regulations.

James Regan, a spokesman for Covanta, said both facilities “have excellent compliance records and they operate well below their permitted limits.” He said the Virginia facility is complying with ash testing requirements, and that both facilities emit far lower levels of pollutants such as particulate matter than vehicles do.

“It’s clear to us there’s a lot of misleading and wrong information in this document," Regan said.

Environmentalists and community groups say the facilities still are harmful because they emit high levels of pollutants such as mercury, nitrogen oxides and lead. The concerns prompted Baltimore City Council to pass an ordinance in February that tightened emissions limits on the Wheelabrator facility so dramatically that the company said it would no longer be able to operate once the rules go into effect in 2022.

The complaint does not mention the century-old Luke paper mill in Western Maryland that long faced criticism for its participation in the renewable energy program, but which owner Verso Co. closed this year.

It does say several of paper company WestRock’s mills in North Carolina and Virginia have faced both formal and informal EPA enforcement actions for violation of the Clean Water Act and Clean Air Act. A WestRock spokesperson could not be reached for comment.

The complaint also says a large biomass facility in South Boston, Virginia, owned by the Northern Virginia Electric Cooperative has a record of noncompliance with the Clean Air Act over three years.

John Rainey, the plant’s operations director, said it “experienced some small exceedances to its permit limits,” but that it addressed the issues with Virginia environmental officials and has installed new technology.

All those plants have sold credits in Maryland.

Whitehouse said the environmental groups’ goal is to clean up Maryland’s renewable energy program. They did not file a lawsuit because he said there was no clear cause of action to take the state to court, but said he hopes the complaint nonetheless spurs action.

“It’s not acceptable in a clean energy program that we’re subsidizing some of the most dirty sources of energy,” he said. “Those sources aren’t even in compliance with the law, and no one seems to care.”