Hydro One shares jump 5.7 per cent after U.S. regulators reject $6.7B takeover 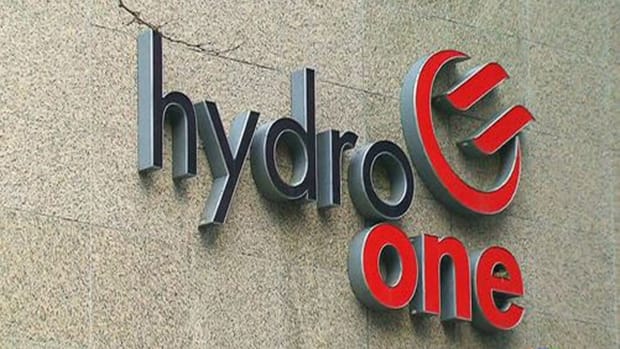 TORONTO - Opposition politicians may not like it but investors are applauding the rejection of Hydro One Ltd.'s $6.7-billion takeover of U.S.-based utility Avista Corp.

Shares in the power company controlled by the Ontario government closed at $21.53, up $1.16 or 5.7 per cent, on the Toronto Stock Exchange on Thursday.

On Wednesday, Washington State regulators said they would not allow Ontario's largest utility to buy Avista for fear the provincial government, which owns 47 per cent of Hydro One's shares, might meddle in Avista's operations.

Financial analysts had predicted investors would welcome the news because the deal, announced in July 2017, would have eroded earnings per share and weakened Hydro One's balance sheet.

"The Washington regulator's denial of Avista is a positive development for the shares, in our opinion," said analyst Ben Pham of BMO Capital Markets in a report on Wednesday.

"While this may sound odd, we note that the Avista deal is expected to be EPS dilutive and result in a weaker balance sheet for (Hydro One). Not acquiring Avista and refocusing its attention on its core Ontario franchise ... would likely be viewed positively if the deal ultimately breaks."

Decisions are yet to come from Idaho and Oregon state regulators, but Washington was probably the most important as the state contains customers making up about 60 per cent of Avista's rate base, Pham said.

He pointed out that a US$103-million break fee is to be paid to Avista if the deal collapses due to a failure to obtain regulatory approval.

CIBC analyst Robert Catellier raised his 12-month Hydro One target price by 25 cents and said many shareholders will feel "relieved" that the deal had failed.

He warned that the company's earnings power could deteriorate as the province seeks to reduce power bills by 12 per cent.