Electricity or hydrogen - What is the future of vehicles? 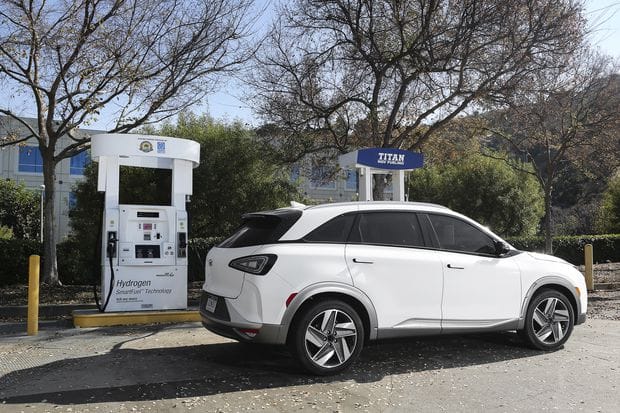 We’re constantly hearing that battery-electric cars are the future, so I was surprised to see that companies like Toyota, Honda and Hyundai are making hydrogen fuel-cell cars. Which technology is better? Could hydrogen still win? – Pete, Kingston

They’re both in their electric youth, relatively speaking, but the ultimate winner in the race between hydrogen and battery electric will likely be both.

“It’s not really a competition – they’ll both co-exist and there will also be plug-in hydrogen hybrids,” said Walter Merida, director of the Clean Energy Research Centre at the University of British Columbia. “Battery-electric vehicles [BEVs] are better for an urban environment where you have time to recharge and fuel-cell electric vehicles [FCEVs] are better-suited for long range and heavy duty.”

And how many hydrogen vehicles were sold in Canada last year?

None – although Hyundai leased out about a half-dozen hydrogen Tucsons in British Columbia for $599 a month, which included fuel from Powertech labs in Surrey.

In January, Toyota announced it will be selling the Mirai in Quebec later this year. And Hyundai said it will offer about 25 Nexos for sale.

Right now, there are no retail hydrogen refuelling stations in Canada. While there are plans under way to add stations in B.C., Ontario and Quebec, we’re still behind Japan, Europe and California.

“In 2007, Ontario had a hydrogen strategy and they were starting to develop hydrogen vehicles and they dropped that in favour of the Green Energy Act and it was a complete disaster,” Fowler said. “The reality is the government of the day listened to the wrong people.”

It’s tough to pinpoint a single reason why governments focused on building charging stations instead of hydrogen stations, Merida said.

“It’s ironic, you know – the fuel cell was invented in Vancouver. Geoffrey Ballard was one of the pioneers of this technology,” Merida said. “And for a while, Canada was a global leader, but eventually government programs were discontinued and that was very disruptive to the sector.”

HYDROGEN FOR THE MASSES?

While we tend to think of BEVs when we think of electric cars, fuel-cell vehicles are electric, too; the hydrogen passes through a fuel cell stack, where it mixes with oxygen from the atmosphere to produce an electric current.

Except for water that drips out of the hydrogen car, they’re both zero-emission on the road.

But a big advantage for hydrogen is that, if you can find a station, you can pull up to a pump and fill up in five minutes or less – the same way we do now at nearly 12,000 gas stations.

Compare that with fast-charging stations that can charge a battery to 80 per cent in 30 minutes – each station only handles one car at a time. What if you get there and it’s busy – or broken? And right now, there are only 139 of them in Canada.

And at slower, Level 2 stations, cars have to be plugged in for hours to recharge.

In a 2018 KPMG survey of auto executives, 55 per cent said that moves to switch entirely to pure battery-electric vehicles will fail because there won’t be enough charging stations.

“Ontario just invested $20-million in public charging stations and that’s going to service 100 or 200 cars a day,” Fowler said. “If you were to invest that in hydrogen stations, you’d be able to service thousands of cars a day.”

And when you do charge at a station, you might not be using clean power, Fowler said.

“At least in Ontario, in order to charge at a public station during the day, you have to rev up a natural-gas plant somewhere,” Fowler said. “So the only way you’re getting zero emissions is when you can charge at night using excess nuclear, hydro or wind that’s not being used.”

But hydrogen can be made when surplus green energy is stored, Fowler said.

“In Ontario, we have lots of wind in the spring and the fall, when we don’t need the electricity,” he said.

And eventually, you’ll be able to connect your fuel-cell vehicle to the grid and sell the power it produces, Merida said.

“The amount of power generation you have in these moving platforms is quite significant,” Merida said.

There are other strikes against battery-electric, including reduced range by 30 per cent or more in the winter and the need to upgrade infrastructure such as electrical transformers so they can handle more than just a handful of cars on each street charging at night, Fowler said.

In that KPMG survey, executives predicted a nearly equal split between BEVs, FCEVs, hybrids and gasoline engines by 2040.

“Battery-electric vehicles will serve a certain niche – they’ll be small commuter vehicles in certain cities,” Fowler said. “But for the way we use cars today – the family car, the suburban car, buses and probably trucks – it will be the fuel cell.”