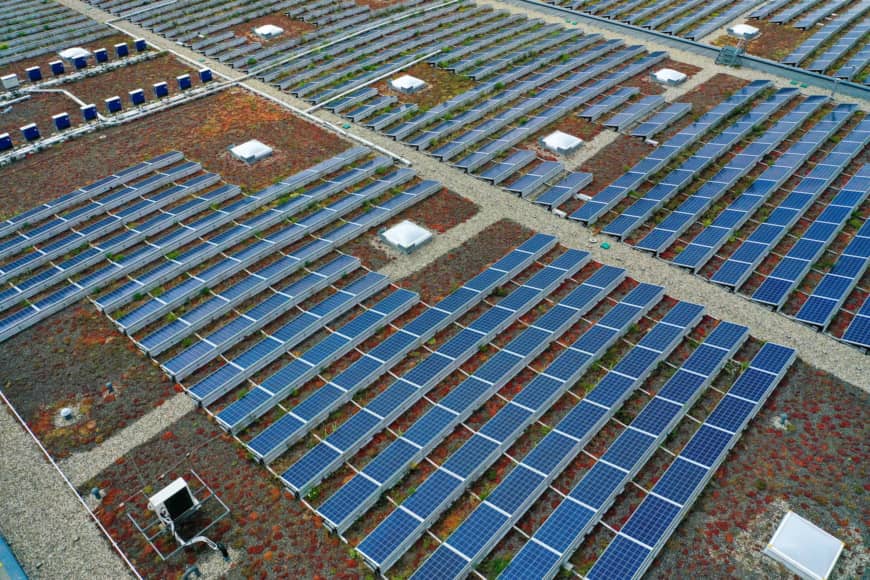 LONDON - Renewable power for the first time contributed a bigger share in the European generation mix than fossil fuels as the fallout from the pandemic cut energy demand.

About 40 percent of the electricity in the first half in the 27 EU countries came from renewable sources, compared with 34 percent from plants burning fossil fuels, according to environmental group Ember in London. As a result, carbon dioxide emissions from the power sector fell 23 percent.

The rise is significant and encouraging for law makers as Europe prepares to spend billions of euros to recover from the virus and set the bloc on track to neutralize its carbon footprint by the middle of the century.

“This marks a symbolic moment ​in the transition of Europe’s electricity sector,” said Dave Jones, an electricity analyst at Ember. “For countries like Poland and Czech Republic grappling with how to get off coal, there is now a clear way out.”

While power demand slumped, output from wind and solar farms increased because more plants came online in breezy and sunny weather. At the same time, wet conditions boosted hydro power in Iberia and the Nordic markets.

Those conditions helped renewables become a rare bright spot throughout the economic tumult this year. In many areas, renewable sources of electricity have priority to the grid, meaning they could keep growing even as demand shrank and other power plants were turned off.

Electricity demand in the EU fell 7 percent overall. Fossil-fuel power generation plunged 18 percent in the first half compared with a year earlier. Renewable generation grew by 11 percent, according to Ember.

Coal was by far the biggest loser in 2020. It’s one of the most-polluting sources of power and its share is slumping in Europe as the price of carbon increases and governments move to cut emissions. Power from coal fell 32 percent across the EU.

Despite the economics, the decision to shut off coal for good will come down to political agreements between producers and governments.

One consequence of the jump in renewables is that negative prices have increased. On particularly windy or sunny days when there isn’t much demand, the grid can be flooded with power. That’s leading wind farms to be shut off and customers to be paid to consume electricity.