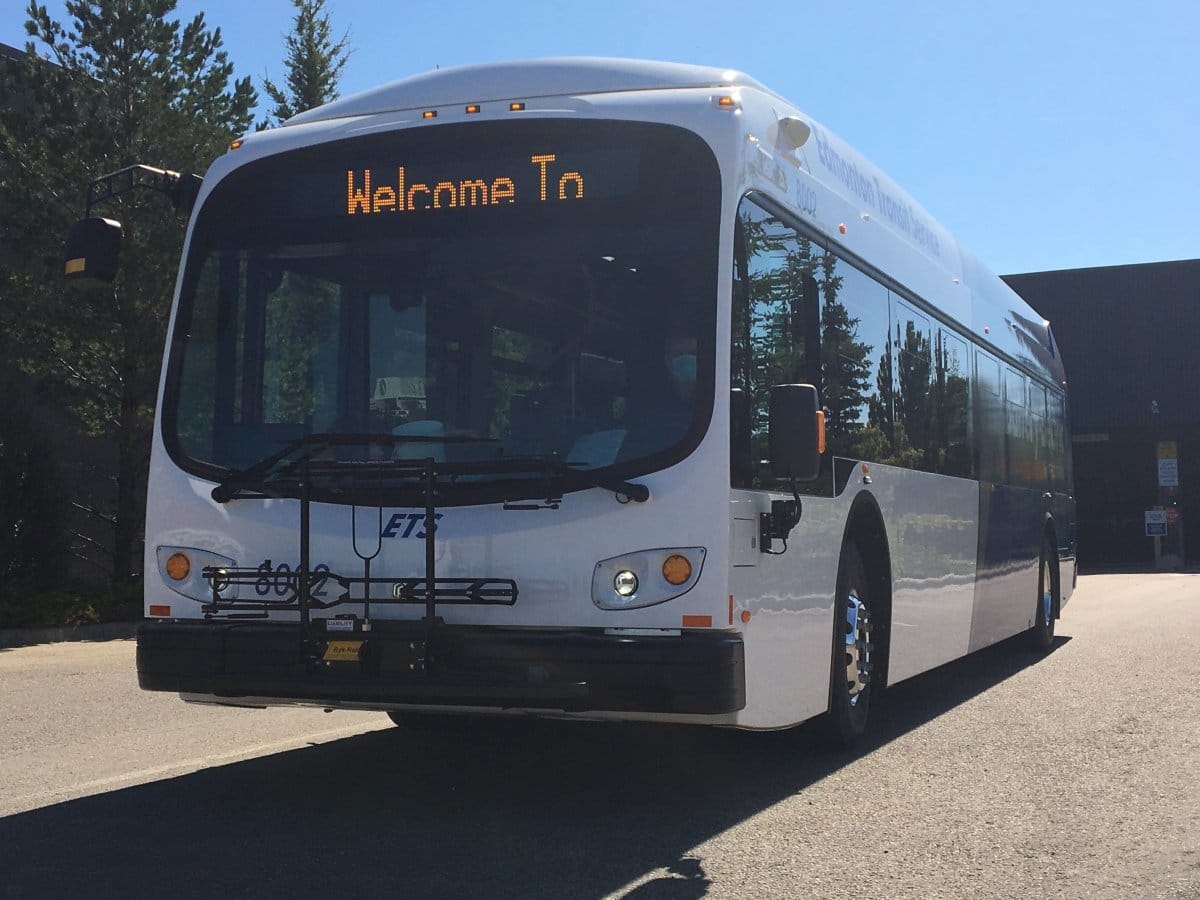 EDMONTON - Your next trip on Edmonton transit could be a historical one as the city’s first battery-electric bus is now on city streets, marking a milestone for Edmonton Transit Service.

“Transit has been around since 1908 in Edmonton. We had some really small buses, we had some trolley buses several years later. It’s a special day in history today,” Ryan Birch, acting director of transit operations, said. “It’s a fresh experience… quiet, smooth riding. It’s going to be absolutely wonderful.”

In a news release, Mayor Don Iveson called it the largest purchase of electric buses in Canadian history.

“Electric buses are a major component of the future of public transit in our city and across Canada.”

As of Tuesday, 21 of the 40 electric buses had arrived in the city.

“We’re going to start rolling these out with four or five buses per day until we’ve got all the buses in stock rolled out. On Wednesday we will have three or four buses out,” Birch said.

The remaining 19 are scheduled to arrive in the fall.

The City of Edmonton ordered the battery-electric buses from Proterra, an electric bus supplier. Riders will be able to tell they are on the electric bus, thanks to the custom wrap reading “Battery-Electric”.

The fleet can travel up to 350 kilometres on a single charge and the batteries work in all weather conditions, including Edmonton’s harsh winters.

In 2015, ETS winter tested a few electric buses to see if the technology would be suitable for the city’s climate and geography.

“These buses are designed to handle most of our routes,” Birch said. “We are confident they will be able to stand up to what we expect of them.”

ETS is the first transit agency in North America to have overhead chargers installed inside transit facilities, which helps to save floor space.