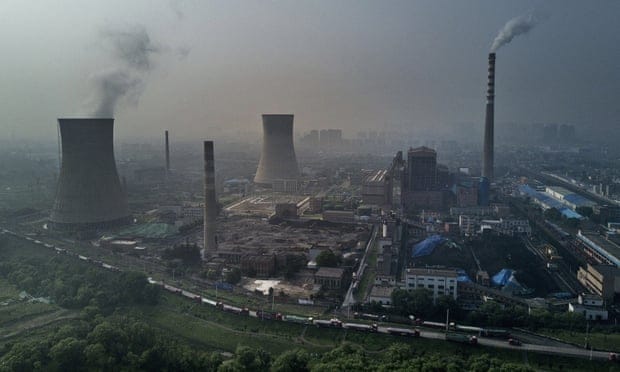 LONDON - The world’s use of coal-fired electricity is on track for its biggest annual fall on record this year after more than four decades of near-uninterrupted growth that has stoked the global climate crisis.

Data shows that coal-fired electricity is expected to fall by 3% in 2019, or more than the combined coal generation in Germany, Spain and the UK last year and could help stall the world’s rising carbon emissions this year.

The steepest global slump on record is likely to emerge in 2019 as India’s reliance on coal power falls for the first time in at least three decades this year, and China’s coal power demand plateaus.

Both developing nations are using less coal-fired electricity due to slowing economic growth in Asia as well as the rise of cleaner energy alternatives. There is also expected to be unprecedented coal declines across the EU and the US as developed economies turn to clean forms of energy.

In almost 40 years the world’s annual coal generation has fallen only twice before: in 2009, in the wake of the global financial crisis, and in 2015, following a slowdown in China’s coal plants amid rising levels of deadly air pollution.

The research was undertaken by the Centre for Research on Energy and Clean Air , the Institute for Energy Economics and Financial Analysis and the UK climate thinktank Sandbag.

The researchers found that China’s coal-fired power generation was flatlining, despite an increase in the number of coal plants being built, because they were running at record low rates. China builds the equivalent of one large new coal plant every two weeks, according to the report, but its coal plants run for only 48.6% of the time, compared with a global utilisation rate of 54% on average.

The report found that in other countries coal-fired power capacity fell by 8GW in the 18 months to June but over the same period China increased its capacity by 42.9GW.

In a paper for the industry journal Carbon Brief, the researchers said: “A 3% reduction in power sector coal use could imply zero growth in global CO2 output, if emissions changes in other sectors mirror those during 2018.”

However, the authors of the report have warned that despite the record coal power slump the world’s use of coal remained far too high to meet the climate goals of the Paris agreement.

The US – which is backing out of the Paris agreement – has made the deepest cuts to coal power of any developed country this year by shutting coal plants down in favour of gas power and renewable energy. By the end of August the US had reduced coal by almost 14% over the year compared with the same months in 2018.

The EU reported a record slump in coal-fired electricity use in the first half of the year of almost a fifth compared with the same months last year. This trend is expected to accelerate over the second half of the year to average a 23% fall over 2019 as a whole. The EU is using less coal power in favour of gas-fired electricity – which can have roughly half the carbon footprint of coal – and renewable energy.

We will not stay quiet on the escalating climate crisis and we recognise it as the defining issue of our lifetimes. The Guardian will give global heating, wildlife extinction and pollution the urgent attention they demand. Our independence means we can interrogate inaction by those in power. It means Guardian reporting will always be driven by scientific facts, never by commercial or political interests.

We believe that the problems we face on the climate crisis are systemic and that fundamental societal change is needed. We will keep reporting on the efforts of individuals and communities around the world who are fearlessly taking a stand for future generations and the preservation of human life on earth. We want their stories to inspire hope. We will also report back on our own progress as an organisation, as we take important steps to address our impact on the environment.