Canada could be electric, connected and clean — if it chooses 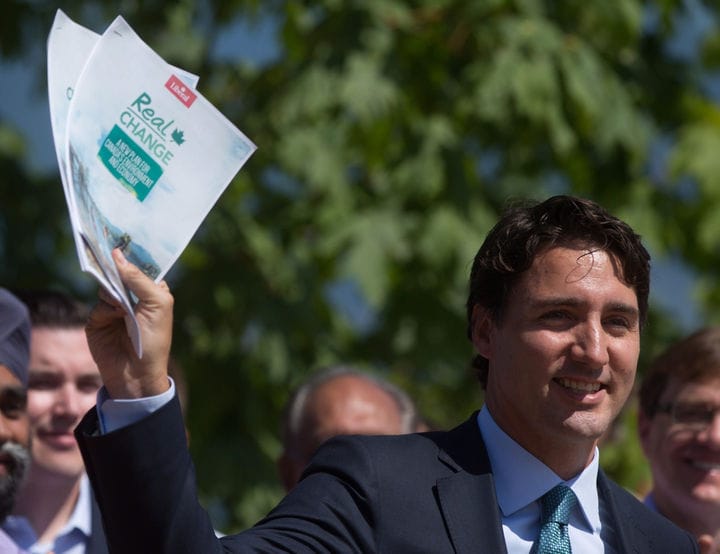 Canada could be electric, connected and clean

TORONTO - So, how do we get there?

We're already on our way.

The final weeks of 2016 delivered some progress, as Prime Minister Justin Trudeau and premiers of 11 of the 13 provinces and territories negotiated a new national climate plan. The deal is a game changer. It marks the moment that Canada stopped arguing about whether to tackle climate change and started figuring out how we're going to get there.

We can each be part of the solution by reducing the amount of energy we use, making sure our homes and workplaces are well insulated and choosing energy efficient appliances. When the time comes to upgrade our cars, washing machines and refrigerators, we can take advantage of rebates that cut the cost of electric models. In our homes, we can install smart technology — like automated thermostats — to cut down on energy waste and reduce power bills.

Even industries that use a lot of energy, like mining and manufacturing, could become leaders in sustainability. It would mean investing in energy saving technology, making their operations more efficient and running conveyor belts, robots and other equipment off locally produced renewable electricity.

Meanwhile, laboratories and factories in Ontario, Quebec and British Columbia are making breakthroughs in areas like energy storage, which will make it possible to access clean power even when the sun isn't shining and the wind isn't blowing.

Liberal leader Justin Trudeau holds a copy of his environmental platform after announcing details of it at Jericho Beach Park in Vancouver, B.C., on Monday June 29, 2015. (Darryl Dyck/Canadian Press)

The scale and speed of Canada's transition to clean energy depends on provincial and federal policies that do things like tax carbon pollution, build interprovincial electricity transmission lines and increase incentives for electric vehicles.

Of course, even the best policies won't produce lasting results unless Canadians fight for them and take ownership for our role in the energy transition. Global momentum toward clean energy may be "irreversible," as former U.S. President Barack Obama recently wrote in the journal Science — but it's up to us whether Canada catches that wave or misses out.

Fortunately, clean energy has always been part of Canada's DNA.

We can learn from the past

In remote corners of the newly minted Dominion of Canada, rushing rivers turned the waterwheels that powered the lumber mills that built the places we inhabit today. The first electric lights were switched on in Winnipeg shortly after Confederation. By the turn of the 20th century, hydro power was lighting up towns and cities from coast to coast.

Our country is home to some of the world's best clean energy resources, and fully two-thirds of our power is generated from renewable sources like hydro, wind and solar.

Looking to our heritage, we can make clean growth the next chapter in Canada's history

Recent commitments to phase out coal and invest in clean energy infrastructure mean the share of renewable power in Canada's energy mix is poised to grow. The global shift from fossil fuels to clean energy is opening up huge opportunities and Canada has the expertise to deliver solutions around the world.

Looking to our heritage, we can make clean growth the next chapter in Canada's history — building a nation that's electric, connected and stronger than ever.