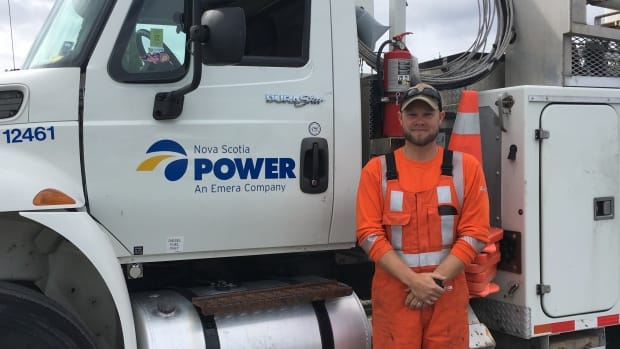 Hundreds of Canadian power crews are heading to Florida

TORONTO - Hundreds of Canadian power crews are heading to Florida to help restore power to millions of people affected by Hurricane Irma.

Two dozen Nova Scotia Power employees were en route Tampa on Tuesday morning. An additional 175 Hydro One employees from across Ontario are also heading south. Tuesday to assist after receiving a request for assistance from Tampa Electric.

In an update On Tuesday, Florida Power & Light said its "army" of crews had already restored power to 40 per cent of the five million customers affected by Irma in the first 24 hours.

FPL said it expects to have power restored in nearly all of the eastern half of the state by the end of this coming weekend. Almost everyone should have power restored by the end of day on Sept. 22, except for areas still under water.Jason Cochrane took a flight from Halifax Stanfield International Airport along with 19 other NSP power line technicians, two supervisors and a restoration team lead."It's different infrastructure than what we have to a certain extent, so there'll be a bit of a learning curve there as well," Cochrane said. "But we'll be integrated into their workforce, so we'll be assisting them to get everything put back together."

The NSP team will join 86 other Nova Scotians from their parent company, Emera, who are also heading to Tampa. Halifax-based Emera owns a subsidiary in Tampa.

"We're going to be doing anything that we can to help Tampa Electric get their customers back online," said NSP spokesperson Tiffany Chase. "We know there's been significant damage to their system as a result of that severe storm and so anything that our team can do to assist them, we want to do down in Tampa."

Crews have been told to expect to be on the ground in the U.S. for two weeks, but that could change as they get a better idea of what they're dealing with.

'It's neat to have an opportunity like this to go to another country and to help out.'- Jason Cochrane, power line technician

"It's neat to have an opportunity like this to go to another country and to help out and to get the power back on safely," said Cochrane.

Chase said she doesn't know how much the effort will cost but it will be covered by Tampa Electric. She also said Nova Scotia Power will pull its crews back if severe weather heads toward Atlantic Canada.