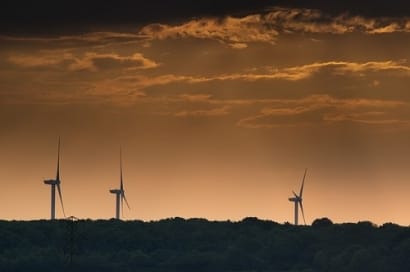 Once complete, these projects, combined with AWS’s previous nine renewable energy projects, are expected to generate more than 2,700,000 MWh of renewable energy annually – equivalent to the annual electricity consumption of over 262,000 US homes, which is approximately the size of the city of Nashville, Tennessee.

“Each of these projects brings us closer to our long-term commitment to use 100 percent renewable energy to power our global AWS infrastructure,” said Peter DeSantis, Vice President of Global Infrastructure and Customer Support, Amazon Web Services. “These projects are well-positioned to serve AWS data centers in Ireland, Sweden, and the US. We expect more projects in 2019 as we continue toward our goal of powering all AWS global infrastructure with renewable energy.”

Amazon has committed to buying the energy from a new wind project in Ireland, a 91.2 MW wind farm in Donegal. The Donegal wind farm project is expected to deliver clean energy no later than the end of 2021.

“AWS’s investment in renewable projects in Ireland illustrates their continued commitment to adding clean energy to the grid and it will make a positive contribution to Ireland’s renewable energy goals,” said Leo Varadkar, An Taoiseach of Ireland. “As a significant employer in Ireland, it is very encouraging to see Amazon taking a lead on this issue. We look forward to continuing to work with Amazon as we strive to make Ireland a leader on renewable energy.”

Amazon will also purchase 91 MW of power from a new wind farm in Bäckhammar, Sweden, which is expected to deliver renewable energy by the end of 2020.

California leads the United States in renewable electricity generation from non-hydroelectric sources, and the state’s Tehachapi Mountains, where AWS’s wind farm will be located, contain some of the largest wind farms in the country. The wind farm project in Tehachapi is expected to bring up to 47 MW of new renewable energy capacity by the end of 2020.

“This announcement from AWS is great news, not just for California, but for the entire country, as it reaffirms our role as a leader in renewable energy and allows us to take an important step forward on deploying the clean energy we need to respond to climate change,” said California State Senator Jerry Hill, San Mateo and Santa Clara Counties, a member of the Senate Standing Committee on Energy, Utilities and Communications.

Beyond the sustainability initiatives focused on powering the AWS global infrastructure, Amazon recently announced Shipment Zero, which is Amazon’s vision to make all Amazon shipments net zero carbon, with 50 percent of all shipments net zero by 2030. Additional sustainability programs across the company include Amazon Wind Farm Texas, which adds more than 1 million MWh of clean energy each year. In total, Amazon has enabled 53 wind and solar projects worldwide, which produce more than 1,016 MW and are expected to deliver over 3,075,636 million MWh of energy annually. These projects support hundreds of jobs, while providing tens of millions of dollars of investment in local communities. Amazon has also set a goal to host solar energy systems at 50 fulfillment centers by 2020. This deployment of rooftop solar systems is part of a long-term initiative that will start in North America and spread across the globe. Amazon also implemented the District Energy Project that uses recycled energy for heating Amazon offices in Seattle. For more information on Amazon’s sustainability initiatives, visit www.amazon.com/sustainability.