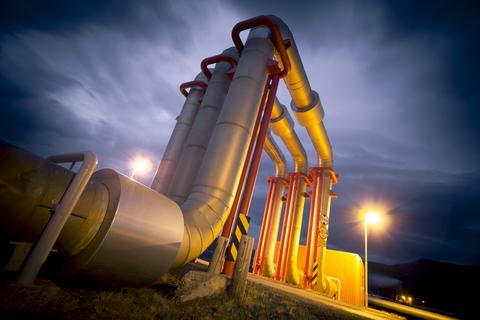 MANILA - The Asian Development Bank (ADB) and CNBC report having given the Best Project For Corporate Finance Transaction award to a the renewable energy arm of Aboitiz Power, AP Renewables Inc. (APRI), for its innovative and impactful solutions to key development challenges.

In March 2016, APRI issued a local currency bond equivalent to $225 million to refinance sponsor equity in Tiwi and MakBan. ADB said it provided a partial credit enhancement for the bond as well as a direct loan of $37.7 million.

“The project reflects APRI’s commitment to renewable energy in the region,” ADB said in a statement posted on its website.

ADB’s credit enhancement was risk-participated by the Credit Guarantee Investment Facility (CGIF), a multilateral facility established by Asean + 3 governments and ADB to develop bond markets in the region.

APRI is a subsidiary of AboitizPower, one of Philippines’ biggest geothermal energy producers, which owns and operates the Tiwi and Makiling Banahaw (MakBan) geothermal facilities, the seventh and fourth largest geothermal power stations in the world, respectively.

“Our partners in the private sector provide unique solutions to development challenges — from financing to technical expertise — and today’s winners are perfect examples of that,” he added.

The awarding ceremony took place in Yokohama, Japan during an event co-hosted by CNBC and ADB at the 50th Annual Meeting of ADB’s Board of Governors.

The awards focus on highly developmental transactions and underline the important work ADB clients undertake in developing countries in Asia and the Pacific.