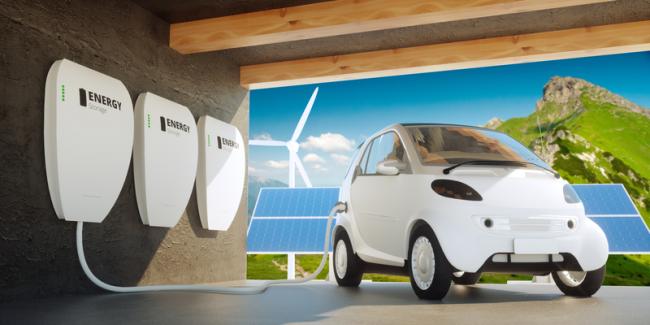 SAN FRANCISCO - As electric vehicles (EVs) continue to grow in popularity, utilities and community planners are increasingly focused on building resilient energy systems that can support the added electric load from EV charging.

But forecasting the best ways to adapt to increased EV charging can be a difficult task. Planners need to consider when consumers charge, how fast they charge, and where they charge, among other factors.

To support that effort, researchers at the National Renewable Energy Laboratory (NREL) have expanded the Electric Vehicle Infrastructure Projection (EVI-Pro) Lite tool with more analytic capabilities. EVI-Pro Lite is a simplified version of EVI-Pro, the more complex, original version of the tool developed by NREL and the California Energy Commission to inform detailed infrastructure requirements to support a growing EV fleet in California.

EVI-Pro Lite’s estimated weekday electric load by charger type for El Paso, Texas, assuming a fleet of 10,000 plug-in electric vehicles, an average of 35 daily miles traveled, and 50% access to home charging, among other variables. The order of the legend items matches the order of the series stacked in the chart.

Previously, the tool was limited to letting users estimate how many chargers and what kind of chargers a city, region, or state may need to support an influx of EVs. In the added online application, those same users can take it a step further to predict how that added EV charging will impact electricity demand, or load shapes, in their area at any given time.

“EV charging is going to look different across the country, depending on the prevalence of EVs, access to home charging, and the kind of chargers most used,” said Eric Wood, an NREL researcher who led model development. “Our expansion gives stakeholders—especially small- to medium-size electric utilities and co-ops—an easy way to analyze key factors for developing a flexible energy strategy that can respond to what’s happening on the ground.”

Tools to forecast EV loads have existed for some time, but Wood said that EVI-Pro Lite appeals to a wider audience. The tool is a user-friendly, free online application that displays a clear graphic of daily projected electric loads from EV charging for regions across the country.

After selecting a U.S. metropolitan area and entering the number of EVs in the light-duty fleet, users can change a range of variables to see how they affect electricity demand on a typical weekday or weekend. Reducing access to home charging by half, for example, results in higher electric loads earlier in the day. That is because under such a scenario, EV owners might rely more on public or workplace charging instead of plugging in at home later in the evening or at night.

“Our goal with the lite version of EVI-Pro is to make estimating loads across thousands of scenarios fast and intuitive,” Wood said. “And if utilities or stakeholders want to take that analysis even deeper, our team at NREL can fill that gap through partnership agreements, too. The full version of EVI-Pro can be tailored to develop detailed studies for individual planners, agencies, or utilities.”